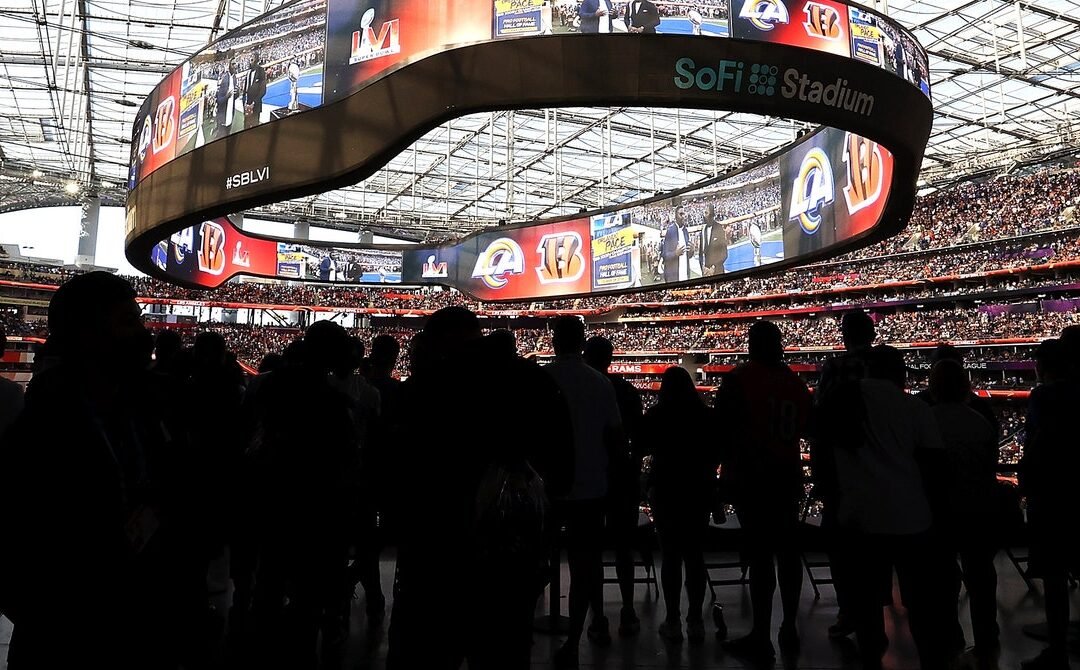 Super Bowl commercials, in advertising lore, are the holy grail: a chance for a company to pitch itself to tens of millions of people all at once. It’s a real best-foot-forward scenario. But during Sunday’s broadcast, tech companies spent their $7 million worth of airtime highlighting their most alarming traits.

Take Meta, formerly Facebook, and its alternate-reality destination Questy’s. Sprung from the mind of the ad execs behind Meta‘s Super Bowl ad promoting its virtual reality headset, Questy’s is a space-themed place full of games and singing animatronic creatures. (You know, knockoff Chuck E. Cheese vibes.) The commercial starts with Questy’s closing down, sending those wannabe Dark Crystal extras off to find new gigs. In the end, our hero, a mechanical dog with beseeching eyes, finds new hope after being rescued from a trash compactor and is sent to a space center, where—miraculously—someone puts a Quest 2 headset on the pup, and he reunites with his Questy’s pals in Meta’s virtual world.

This moment is supposed to feel redemptive, or aspirational, or at the very least triumphant. But the dog’s arc reads more dystopian. Like so many bleak sci-fi stories, from Snow Crash to Black Mirror, meatspace has become hell, and the virtual worlds are the only place left to find joy. Typically, that’s presented as a Bad Thing. Meta’s commercial, however, seems to be saying, “I mean, hey, things are kind of going south, but Horizon Worlds will be fun—promise!” Yes, in some way or another, Meta has been saying this for a while—constantly finding ways to keep us online rather than engaging with flesh-and-blood humans—but its Super Bowl spot is the epitome of saying the quiet part out loud. It’s a reminder, too, that in this imagined world where the metaverse saves us from our own dark abyss, not everyone will be able to drop $300 on a headset to do so. They may, like our animatronic friend, be stuck in reality as soon as someone rips the helmet off.

Meta wasn’t the only one. Coinbase, one of several cryptocurrency companies to buy Super Bowl airtime, ran an ad that, for 60 seconds, just showed a brightly colored QR code bouncing around the screen like the world’s slowest game of Pong. It led people to a Coinbase website that offered $15 in free bitcoin for new users. Bringing in new users is, obviously, what all crypto companies need to do right now—the early adopters are already in. But security professionals and even the FBI have warned against the dangers of scanning random QR codes. Asking people to take that plunge fits neatly with this notion of Hey, why not do something with your finances that very few people fully understand?, the epitome of crypto riskiness. And it worked. The Coinbase app skyrocketed in popularity and eventually crashed after Sunday’s ad. Meta responded on Twitter with its own bouncing QR code and the message “Hopefully this doesn’t break,” and if these companies aren’t two of the fiddlers playing while Rome burns, I’ll eat my hat. (This will be easy because the hat will be non-fungible and attached to my avatar in Horizon Worlds.)

Last but not least, let’s talk about Amazon’s Alexa ad. This one was perhaps the most “fun” of the bunch—featuring power couple Scarlett Johansson and Colin Jost and the zany antics of their Amazon digital assistant—but it also felt the most real, and perhaps the most unsettling. The premise is that the couple’s Alexa knows them so well, it can read their minds. While that’s kind of (?) funny, the biggest fear most people have about always-on, always-listening devices like Alexa is that the system is gathering far more personal information than they realize or would want. Amazon’s ad turns that subtext into text with a commercial that featured its device setting a reminder for someone to fake his own death rather than watch his wife’s new show. Comedy!

This isn’t not some extrapolation based on one sentence Mark Zuckerberg said at a press conference, or a hot take about the shape of Jeff Bezos’ rocket. It’s a commentary on the actual content of these commercials, the carefully vetted way these companies have chosen to show themselves to the world. The thing about advertising airtime is that once you pay for it, you can model the narrative however you want (within the bounds of Federal Trade Commission guidelines). These are the futures these entities opted to create; this is how their executives wanted their products to be seen.

To be fair, not every tech company’s Big Game ad was a dystopian waking nightmare. Salesforce, for example, put Matthew McConaughey in a space suit and sent him off in a hot air balloon to remind everyone that while Zuckerberg and Elon Musk want us to disengage from this planet, we ought to stay more grounded. “While the others look to the metaverse and Mars, let’s stay here and restore ours,” he says. Yes, let’s fix world problems! All we need is … Salesforce … and … Wooderson? Actually, maybe this was the most bleak of all. Maybe we all would be better off following Guy Fieri to Flavortown.