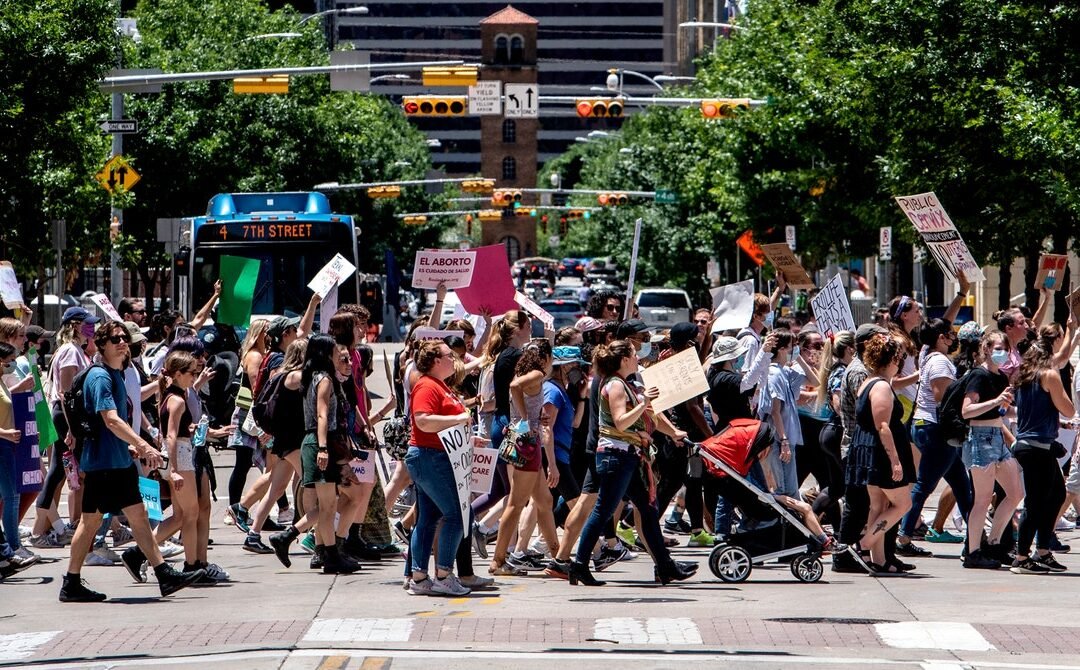 First came the statements from reproductive organizations. Then came the tech companies.

The day after the US Supreme Court decided not to block a law in Texas banning most abortions after six weeks, Dallas-based Match Group, which owns Tinder, OkCupid, and Hinge, sent a memo to its employees. “The company generally does not take political stands unless it is relevant to our business,” CEO Shar Dubey wrote. “But in this instance, I personally, as a woman in Texas, could not keep silent.” The company set up a fund to cover travel expenses for employees seeking care outside of Texas. Bumble, headquartered in Austin, set up a similar fund.

Senate Bill 8, which took effect last week, enables private citizens to sue anyone “aiding and abetting” an abortion, including providers, counselors, or even rideshare drivers providing transportation to a clinic. Uber and Lyft, which are based in California, said they would cover legal costs for drivers implicated by the law. “This law is incompatible with people’s basic rights to privacy, our community guidelines, the spirit of rideshare, and our values as a company,” Lyft wrote in a statement to drivers. The company also said it would donate $1 million to Planned Parenthood.

“We are deeply concerned about how this law will impact our employees in the state,” wrote Jeremy Stoppelman, the CEO of Yelp, which has some employees in Texas. Stoppelman had previously signed a 2019 open letter calling abortion bans “bad for business,” along with the CEOs of Twitter, Slack, Postmates, and Zoom.

Such overtures have become more common in recent years, particularly among prominent technology companies. Businesses in 2021 are required to have a point of view, it seems, and have used their platforms to advocate for policies on immigration, gay rights, and climate change. Last summer, in the wake of the Black Lives Matter protests, nearly every major tech company put out a statement denouncing racism and vowing to support anti-racist work. “To be silent is to be complicit,” the official Netflix account tweeted. (Speaking out has not shielded companies from criticism of their own records, particularly on diversity and inclusion.)

One could say that corporate opinions have become the norm, at least among a certain kind of company. Companies that have remained silent on SB 8—including a number of major Texas-based employers—have been criticized for not taking a stand. Hewlett-Packard, which moved its headquarters from Silicon Valley to Houston last year, encouraged employees “to engage in the political process where they live and work and make their voices heard through advocacy and at the voting booth.” Abortion rights have become one of the most divisive issues in the United States: Six in 10 Americans say it should be legal in all or most cases, according to a recent Pew survey; nearly 4 in 10 believe the opposite.

Few major companies have come out with full-throated praise of the Texas law, which is among the most restrictive in the country. (On Thursday, the Justice Department sued Texas to stop it.) When the head of Georgia-based video game company Tripwire Interactive tweeted in support of the Supreme Court’s decision, he was criticized by thousands online, including some of his own employees. He soon stepped down from his role; the company issued a statement apologizing and committing to fostering “a more positive environment.”

For a tech company, a strong stance on social issues can be an extension of its brand, and even a recruiting tool. One LinkedIn survey, from 2018, found that the majority of people would take a pay cut to work somewhere that aligned with their values.