Tesla Cybertruck Vs. a Ford F-150: It’s All About Friction 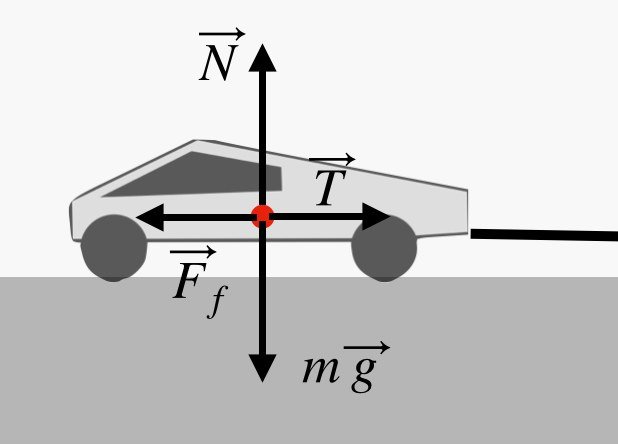 But what does this have to do with mass of a truck? Suppose I have a truck that’s pulling some other truck. Here is a force diagram for such a situation. 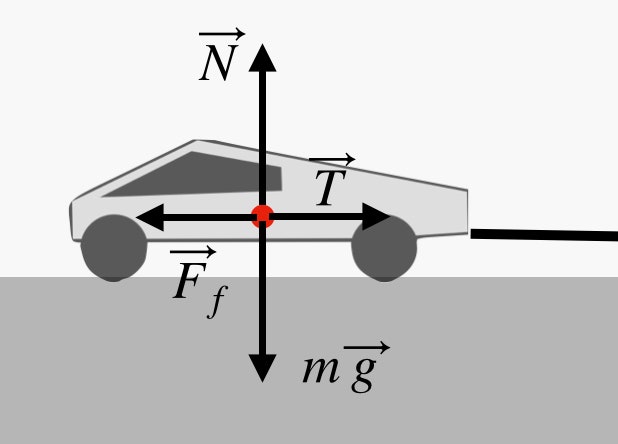 Since the truck doesn’t accelerate up or down, the forces in the vertical direction must add up to zero Newtons. That means the normal force must have the same magnitude as the downward gravitational force. The gravitational force depends on the mass of the object, such that a heavier object will have a greater normal force.

What about the horizontal direction? In the tweeted video, the Cybertruck has a rope attached to it. This rope pulls with some tension force to the right, and the friction between the tires and the ground push to the left. The frictional force must be at least a little bit greater than the backwards-pulling friction, so that the truck can accelerate (and start to move). But here you can see the key point. More mass means a greater normal force, which in turn produces a greater frictional force. Mass matters.

Oh, but you still don’t buy it? Wouldn’t a more powerful truck win this tug-of-war? How about a nice demonstration? Here I have two battery-powered toy cars. The red car runs on 2 C cell batteries. The blue one is running on just 1 C battery, making it not as strong. What happens when these two cars have a tug-of-war?

No surprises here. The car with two batteries wins. But wait! What if I add mass to the car with only one battery? This is what happens.

Check that out. The car with only one battery won. It’s the mass that matters. Oh, but what about on an incline? Ok, it’s harder to win this contest if you are pulling uphill—but mass still matters the most. Here is a diagram of a Tesla truck pulling a car up a hill.