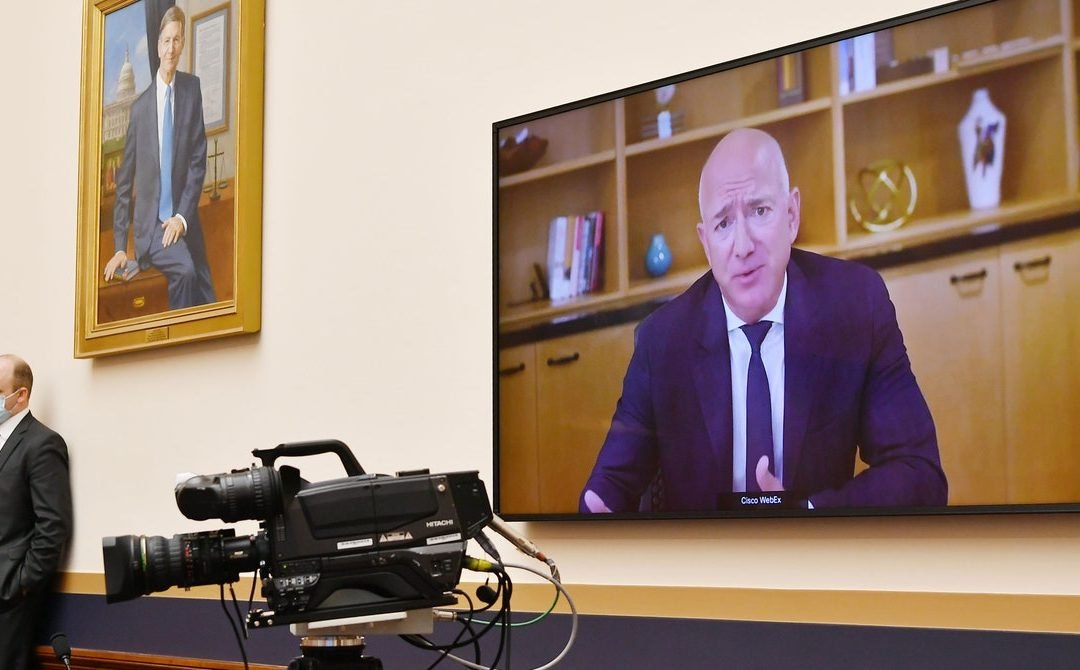 Legally speaking, this is damning stuff. The Clayton Act of 1914, the main federal antitrust statute, explicitly prohibits corporate acquisitions if “the effect of such acquisition may be substantially to lessen competition, or to tend to create a monopoly.” As Jerrold Nadler, the chairman of the House Judiciary Committee of which the antitrust subcommittee is a part, put it, referring to the Instagram deal, “This is exact the type of anti-competitive acquisition that the antitrust laws were designed to prevent.” (Zuckerberg, for his part, pointed out correctly that the Federal Trade Commission waved the Instagram acquisition through. Subcommittee chairman David Cicilline retorted, “I would remind the witness that the failures of the FTC in 2012, of course, do not alleviate the antitrust challenges the chairman described.”)

But while the subcommittee made a devastating case that Facebook deliberately suppressed competition, what was less clear was why it matters. One goal of a public hearing is to win over the public, and the average American might not care one way or the other whether Instagram is a part of Facebook or a rival to it. By the same token, the subcommittee members raised a litany of issues, but didn’t always tie them back to questions of size or competition. If Google encourages YouTube advertisers to microtarget children, or Amazon allows counterfeit goods on its platform—to pick two of the many accusations made against the companies—well, those are bad things, but they don’t obviously stem from the companies’ size. Small companies do bad things, too.

There were a few moments, however, when the subcommittee members did manage to draw out the link between monopoly power and more direct harms. One of the most impressive lines of questioning came from Florida congresswoman Val Demings. Demings noted that when Google bought DoubleClick, at the time the largest publisher-side digital ad platform, in 2007, it promised the government that it would never merge its own data on users with DoubleClick’s. In 2016, however, the company reneged on that promise—“essentially destroying anonymity on the internet,” according to Demings. Then she carefully drew the connection between that move and Google’s unrivaled place in the digital market.

“In 2007, Google’s founders feared making this change because they knew it would upset their users—but in 2016 Google didn’t seem to care,” she said. The difference, she argued, was that by 2016, Google controlled so much of the market that it could afford to violate customers’ preferences. “Isn’t it true that what changed between 2007 and 2016 is that Google gained enormous market power, so that while Google had to care about user privacy in 2007, it no longer had to in 2016?” Pichai had no real answer for this, other than to repeat the company line that users have control over how their data is used.

Demings’ question was the clearest articulation of the theory of the case underlying the entire investigation. The basic premise of antitrust is that, in a capitalist economy, we want businesses to get ahead by competing to offer some combination of the best products, the best service, and the best price. What we don’t want is for a company to get so big, to crush or absorb the competition so thoroughly, that it can stop caring as much about what the customer wants without jeopardizing its profits.

For a long time, the idea that the biggest Silicon Valley companies posed any kind of antitrust issue kept running into the conceptual difficulty that their products are free or (in the case of Amazon) legendarily cheap, and thus presumptively a good deal for Americans. Questions like Demings’ suggest that members of the antitrust subcommittee have identified a different vulnerability: Big Tech monopolies might not always lead to higher prices, but they can lead to lower quality products, including when it comes to user privacy. Georgia congresswoman Lucy McBath pressed a similar attack on Facebook, asking Zuckerberg to explain why the company abandoned the promise enshrined in its original privacy policy to never track users with cookies. (Zuckerberg claimed, completely implausibly, that Facebook doesn’t use tracking cookies very much.) McBath argued that “The reality is Facebook’s market power grew, and Facebook sacrificed its user policy.”