The End of Infinite Data Storage Can Set You Free 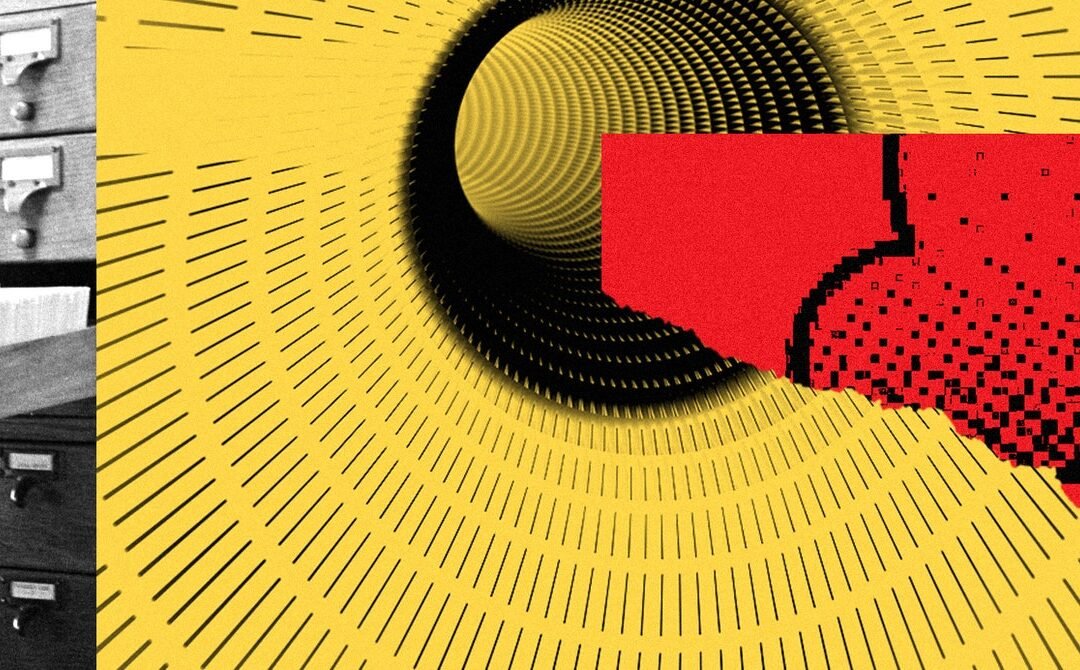 In early January, Google sent an email notifying me that I’d used up 76 percent of my account’s free storage space—the 15 gigabytes shared across Gmail, Google Photos, and Google Drive. I had been vaguely aware that a storage limit did in fact exist and that I might someday reach it, but the notification still caught me off guard. Having lived with the illusion of effectively infinite Google capacity for a decade and a half, I could hardly imagine a world in which I would need to ration my cloud usage and had subconsciously assumed the day would never arrive.

If I failed to get my act together and did exceed my limit, the email informed me, a variety of life-disrupting inconveniences would begin: I wouldn’t be able to send or receive emails, upload files to Drive, create Google Docs, or back up any new photos. I started noticing the ever-present progress bar in the bottom corner of my Gmail window, ticking incrementally toward 100 percent of my limit (and adding a new layer of anxiety to an interface that already generates plenty).

In the same email, of course, Google offered me an easy way out, encouraging me to simply pay for a Google One storage plan—a mere $1.99 per month for 100 gigabytes, or $2.99 for 200. But reaching a personal free storage ceiling and having to pay for more, however inexpensive it is, marks a perceptual transition, an acknowledgment that the “cloud” is yet another finite resource distributed across physical servers, not an immaterial ether that can absorb exponentially growing amounts of information at no cost. And if Google eventually charges more for storage, we will almost certainly keep paying without thinking twice. Most likely, we won’t have much of a choice.

When Google launched Gmail in 2004, each account provided an unprecedented gigabyte of free storage space, more than 100 times what Yahoo and Hotmail offered at the time. The following year, that capacity doubled to 2 gigabytes in response to users who were already approaching their storage limit, prompting Georges Harik, then Gmail’s product management director, to suggest that Google should “keep giving people more space forever.” Google would expand individual capacity to 10 gigabytes in 2012 (with the launch of Google Drive) and then 15 gigabytes a year later, when Google unified its various repositories of personal data under a single umbrella with a single storage limit. In 2015, Google Photos spun off from the flatlining Google+ social network, launching with unlimited cloud storage for “high-quality” photos.

Then the trend of ever-increasing Google storage finally reversed. Near the end of 2020, the company announced that it would begin counting “high-quality” photos toward the 15-gigabyte limit. The announcement estimated that 80 percent of users would be able to store about three years’ worth of data before exceeding their free capacity (Google’s personalized tracker currently estimates that I have 10 months left).

By fostering the sense that our wells of personal information were bottomless, Google turned us all into information hoarders. At the time of the Google Photos announcement in late 2020, the service contained more than 4 trillion photos, with 28 billion new photos and videos being uploaded every week. Having transcended the physical scarcity of film, we now capture anything that seems remotely likely to hold future interest, from vacation photos to screenshots, deferring a stricter assessment of value that we’ll likely never get around to.

Many of the photos and videos we amass are never even viewed again after they are taken—we just toss them all into Google’s big bucket, knowing we’ll be able to find what we need later. We approach email similarly, archiving everything because the marginal cost of doing so is effectively zero, and there has been little reason to delete anything thus far. Anxious that we might delete something we will end up needing later, we err on the side of caution by saving it all. The prospect of having to downsize or even just organize one’s own archive of photos, emails, or files—the morass of data that slowly, haphazardly grows into a digital imprint of one’s life—is daunting. Many of us wouldn’t know how to decide which photos are worth keeping and which to delete, having always assumed that we could just keep them all.

These are not mere habits. They are fundamental expressions of our evolving relationship with information. Google’s first and most revolutionary product, search, enables us to be casual, even messy, with our data. We are only able to thoughtlessly accumulate such massive volumes of information in our personal accounts because we have search capabilities powerful enough to help us navigate that data, the same way we navigate the public internet. Largely because of Google, searching has replaced sorting in personal information management; instead of organizing our data using a legible system or knowing where things are, it can all go into one seemingly jumbled pile. It is not surprising, then, that to a younger generation raised on search, “the concept of file folders and directories, essential to previous generations’ understanding of computers, is gibberish.”