The Enduring Danger of Russia’s Cluster Bombs in Ukraine 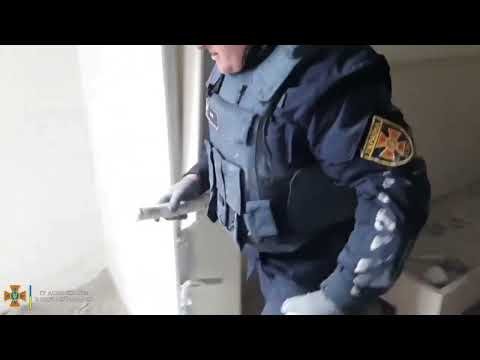 A graphic designer and illustrator now in his twenties, Worley was one of the lucky children to escape a bleak cluster bomb fate. And while the bombings occurred long before Worley’s birth, he talks about their present-day consequences without concern or a sense of abnormality, as if dealing with the effects of that dark history is a natural and even daily fact of Maltese life.

Stories like Worley’s are woefully common. One popular podcast, My Favorite Murder, even recently aired an episode where the hosts read a letter from an adult listener who, as a child, had thrown rocks at and picked up an unexploded piece of a bomblet-sized explosive from a beach out of concern for the safety of “the beloved sea creatures.”

Historically, 98 percent of cluster bomb victims are civilians, because of the way the munitions are peppered into an area before—or sometimes even without—sending in troops, according to a 2011 study by foreign policy and terrorism expert Beau Grosscup. It was a tactic the Nazis would use to clear land they wanted, and ironically, they used it heavily against Russia. After one so-called “saturation raid” unleashed over a Russian forest, as Leatherwood detailed in his book on the subject, a German general said, “German ground forces could enter … without encountering any resistance—the forest was truly dead.”

Russia’s modern PTAB-1M bomblets, shown in one recent video of Ukrainian forces collecting them by the hundreds, have evolved since the days of the SD-2 to be able to penetrate tanks, and they can impact areas hundreds of meters in radius. However, both old and modern bomblets can fail to explode.

Calculated percentages of cluster bomb duds vary between 5 and 40 percent, which when multiplied by the massive total numbers of cluster bombs typically released to create the “saturation” effect, provides a terrifying amount of ordnance left behind.

Of the 1,818 American bomblets that the US acknowledges it sprayed over the Shomali Valley in Afghanistan in the fall of 2001, 17.4 percent failed to explode, leaving over 300 deadly weapons lying in wait in that valley alone, according to a 2003 study published in Military Medicine. About a third of those were embedded under the soil, meaning they were impossible to see and could easily be set off by the foot of an innocent pedestrian. By 2003, at least three children had already been injured because they thought American bomblets found in the Shomali Valley were toys.