‘The Great Resignation’ Misses the Point 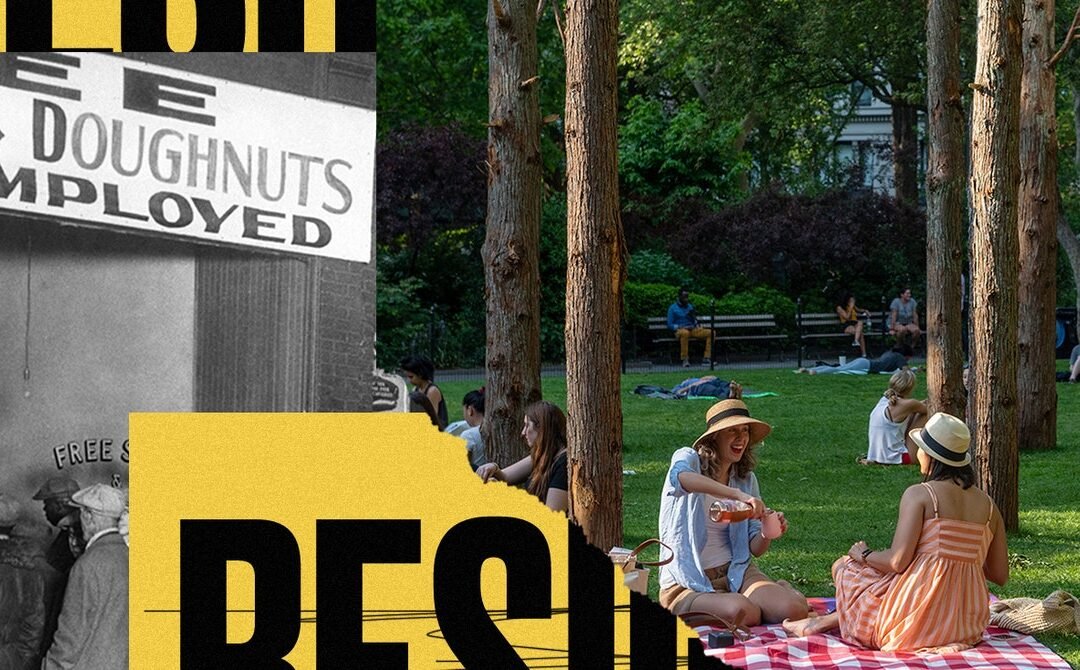 In early May, Anthony Klotz, an associate professor of management at Texas A&M University, did an interview with Bloomberg about a possible spike in job turnover. “The Great Resignation is coming,” he warned. A few weeks later, the Bureau of Labor Statistics confirmed a record 4 million Americans had left their jobs in April. Suddenly, people were reaching for ways to refer to the phenomenon unfolding before them—to brand it, to make sense of it. Klotz’s catchy off-the-cuff terminology, now printed on Bloomberg’s pages, seemed to fit the bill. And just like that, a name was born.

We are in a moment of pervasive change across American life, and in turn there are many new things we must now put into words. One of these has been a radical shift in Americans’ relationship with work. Spanning industries and income levels, people are, as Klotz predicted, leaving their jobs in unprecedented numbers. They are changing employers, “downshifting” on the career ladder, or taking time away from the workforce altogether. With new clarity and savings from the Covid era, some workers have stepped back from precarious frontline jobs made brutally hard in the pandemic. Others report forgoing opportunities for money or status in exchange for greater flexibility and self-determination. Collectively, this reckoning has gained momentum under different titles: the Big Quit, the Great Reshuffle, among others. But the Great Resignation has gained consensus as the clear winner.

Names can feel emergent and messy. After all, there is no one unassailable source that is charged with providing the language for how we come to call our collective moments. Instead, naming at scale is a reckoning of influences that compete for public adoption, typically sprung from journalists, politicians, academics, celebrities, or those of influential reach. The titles that they choose often become part of our common reference, sometimes without much thought. But what we call things matters. It characterizes what we deem important, how we conceptualize a movement, and what we remember. So it’s worth considering what a phrase like the Great Resignation centers about this seismic shift in American mindset—and, perhaps more important, what it leaves out.

While The Great Resignation’s recent lineage can be traced back to an interview in the spring, it evokes events far older. “Names are ways of making connections,” says Harold James, a professor of history and international affairs at Princeton University and author of The War of Words. In their form and content, names often employ analogies or metaphors from our past as a bridge to how we might grapple with the present. Different naming analogies will suggest alternate pictures for how to conceptualize an event or idea. The Great Depression, for instance, is largely accepted as a direct analogy to the Great War, a once-common name for World War I. This was a way to underline the severity of the moment as a delayed aftershock to World War I, while also framing something that felt unprecedented in familiar terms. In the years since, echos of the Great Depression have been applied to many economic downturns, but finally stuck for the period between 2007 and 2009 that we now commonly know as the Great Recession. For economists or historians who adopted the term in public, this was often a deliberate move to recall the past crisis and “to bring people back to the lessons of the Great Depression,” says James.

In that sense, the Great Resignation frames this moment as a crisis. While Klotz may not have consciously linked these past eras, the name likens this to a period of withdrawal. It also centers the immediate consequences for employment status and the job market. But focusing on resignation as a crisis flattens the dramatic change for American values, which could have far-reaching consequences outside of the workplace. For Americans who live with few social safety nets or identify by their work, quitting is a touchy business, often shrouded in a mix of secrecy, shame, and emotional labor. Under the banner of the Great Resignation, individuals are nudged to confront a constellation of questions around the immediate act of leaving a job: Should I do it? Can I afford to? What would I do afterwards? This reflection has real value; people may more actively take stock of their work situation, think through the steps it would take to change, and get the gumption to act amid a broader cultural moment focused on resigning. But in their own words, many people who have been part of this movement explain their choices as a result of reevaluating their lives and where they derive meaning. In this case, a resignation crisis feels like a limiting metaphor when leaving a job may just be collateral to a deeper realignment in American work life.