The Guy Behind Bloomberg2020.org: ‘We Know How to Do Logos’ 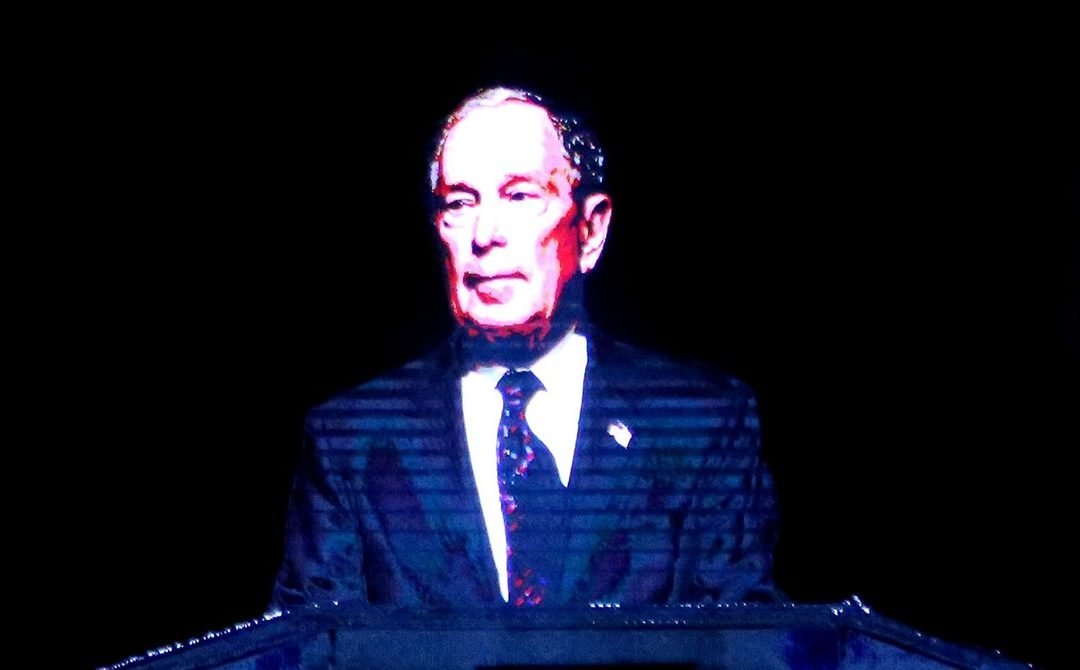 Pere says he heard from Bloomberg’s legal team shortly thereafter. They wanted to talk. “I said we’re big fans of Bloomberg, we want to see him win,” Pere told WIRED. He updated the website with a disclaimer that it is not run by the campaign but rather by “friends.” He also updated the logo—not for any legal reason, he says, but because the internet panned it. (The Bloomberg campaign declined to comment.) People issued corrections or deleted their tweets, but only a few keen observers connected the website to Pere; its terms of service and privacy policy list an email and what turns out to be a home address.

“Nobody knew who this troll was that beat Bloomberg’s campaign to get Bloomberg2020.org,” Pere told WIRED. Nobody, he added, except himself and his friend, Anthony Scaramucci.

Yes, that Anthony Scaramucci, the New York businessman who was fired as Trump’s communications chief after a brief but memorably chaotic 10 days in the summer of 2017. Both men are from the same part of Long Island and have worked together on various projects. And indeed Scaramucci referenced the website in a cable TV appearance as interest in Bloomberg’s potential candidacy picked up. “One of my friends bought, about three weeks ago, Bloomberg2020.org,” Scaramucci told MSNBC’s David Gura on November 9.

That friend had in fact approached Scaramucci about working together on Bloomberg2020.org, the same way they had partnered weeks earlier on another website, Mitt2020.org. “We bought Mitt2020.org,” Pere says. “Anthony and I did that together.” ICANN indicates the domain was registered on October 9. On October 12, Scaramucci shared the site with his 855,00-plus Twitter followers; he told WIRED the site got hundreds of thousands of visitors.

Like Bloomberg2020.org, Mitt2020.org has a strong ecommerce component, offering political T-shirt enthusiasts a variety of slogan options such as “Mitt Happens 2020.” In its first 24 hours, Scaramucci tweeted, the site collected nearly 7,500 email addresses. “There is one man, and one man only to restore decency, civility and dignity to our great land and that’s Mitt Romney,” the homepage proclaims.

Nonetheless, Pere bought Bloomberg2020.org a few days later. Scaramucci declined to be involved this time around. “I love the mayor, I think he did an amazing job,” Scaramucci told WIRED on Tuesday, “but I’ve been a lifelong Republican so I’m hoping to seek reform inside the Republican Party.”

(To his chagrin, Romney remains un-nudged, and despite urging America to “Commit to Mitt,” Mitt2020.org seems to have, well, not. The site currently looks a bit broken, although Scaramucci says there are no plans to shut things down.)

Since leaving the White House, Scaramucci has found slightly more stable work in punditry as a vocal critic of the GOP as well as President Trump. Lately he has said that Republicans should “seek an alternative” to Trump in 2020. He has also spoken approvingly of Bloomberg on TV, telling CNN’s Chris Cuomo earlier this month that the former NYC mayor “intimidates” Trump.

Bloomberg officially joined the race on Sunday, complete with a logo and website—mikebloomberg.com—that his campaign does, in fact, own. As for Bloomberg2020.org, Pere says the campaign offered to buy the domain. “So we’re talking to them about that, about an asset sale.” In the meantime, the website has been updated once more with some of Bloomberg’s campaign platforms, including clean energy and gun control, an issue that Pere says is particularly important to him. The T-shirt is still for sale.

“We are very firm believers, Anthony and myself, that out of all the Democrats that are running right now, Trump will destroy each and every one of them,” Pere said. “The only way Trump gets out of office is if Bloomberg runs. He’s the only guy that can beat Trump.”