The Internet Is Failing Moms-to-Be 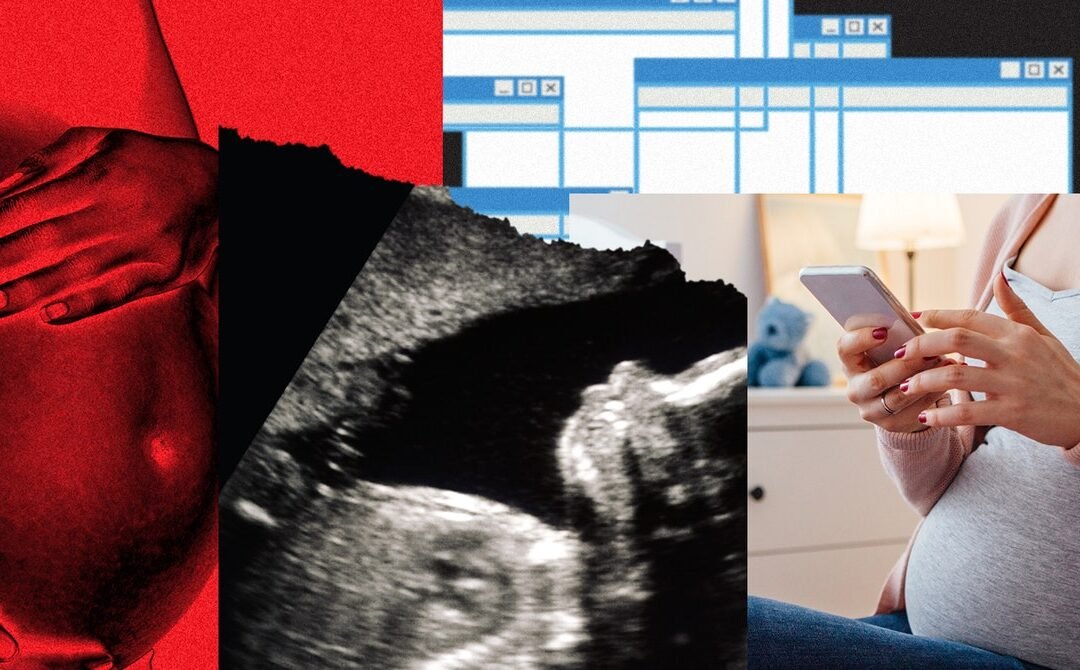 It was mid-September when I first saw a very faint but recognizable second line on an at-home pregnancy test. I had just returned home from a work trip to the UK, and after days of discomfort—retching at the smell of toothpaste in the hotel bathroom, repeatedly excusing myself from a business lunch to get some discreet relief from a sudden bout of gas—I suspected I was pregnant. I took the test at 5:30 in the morning, jet lagged and bleary eyed. My husband was blissfully asleep, so I informed my dog and cat they would be big brothers, and then did what most mothers-to-be in the internet era do: downloaded pregnancy apps. What size fruit was my embryo? I needed to know, and fast.

The answer, I soon discovered, was a poppyseed. I wondered how a poppyseed could be making me feel so terrible so soon, and, more pressingly, if this app could tell me whether the sharp pains on the left side of my abdomen meant that something was wrong with me, or the baby, or both. At the very least, I figured, it would provide me with some answers or inner solace until the pregnancy books I ordered arrived or I could see my ob-gyn.

I was wrong. Pregnancy apps, I quickly learned, aren’t in the business of providing comfort; they are a fantasy-land-cum-horror-show, providing little realistic information about the journey to parenthood. They capitalize on the excitement and anxiety of moms-to-be, peddling unrealistic expectations and even outright disinformation to sell ads and keep users engaged. They foster negative repercussions on the physical and mental health of both mothers and their unborn children, generating profit from the onslaught of emotions brought on by pregnancy. They are yet another way the internet and America’s health care system are failing pregnant people.

As a disinformation researcher, I study how people are manipulated online, so I was mentally prepared for the advertising blitz that would follow me from the Apple App Store and Google searches to my Facebook and Instagram feeds. When my husband and I decided it was time to have a baby, I was careful to turn on a VPN and search for answers to my pregnancy-related queries in incognito windows; I wasn’t sure how long it would take us to conceive, and I was wary of the emotional burden of targeted ads following me around the internet. But once I got pregnant, going through that anonymity wringer every time I had a question became burdensome. So I caved, and accepted that the ads I saw would no longer depict luxury handbags and exotic vacations I couldn’t afford, but eco-friendly cribs and organic onesies I probably didn’t need. I assumed that would be the worst of the internet’s offenses.

The truth was far worse. As I soon realized, the most-downloaded pregnancy apps bear a closer resemblance to the political disinformation I research than a reliable medical resource for parents-to-be. The companies behind the apps caution users in long, inaccessible terms of service written in legalese that they are not a substitute for medical advice or care, however, the apps are still incredibly popular: In one 2016 study, at least 55 percent of participants used a pregnancy app to track and learn about their pregnancies, with first time-parents more likely to seek them out. It’s likely the usage of the apps has only increased in the intervening time. The top five apps boast incredible user statistics, reporting between tens of millions and hundreds of millions of lifetime users. Like social media platforms, they are free, generating revenue through advertisements, referrals, and in-app purchases. Many are run by “lifestyle” companies, a fact borne out in the information they provide: A 2021 academic study surveyed 29 apps and found over 60 percent did not have comprehensive information for every stage of pregnancy and only 28 percent cited medical literature.

From the very first interaction with one of these apps—usually a sign-up screen—it’s clear they don’t exist solely to help users through pregnancy. Begrudgingly, I provided my email address to each app. (Only one of the top apps, What to Expect, of What to Expect When You’re Expecting fame, allows you to skip this step, though each time you open it a popup reminds you that you’re missing out on a “personalized experience” by withholding your data.) I checked the box acknowledging that the app developers might share my information with partners—otherwise, no app for me!—but the immediacy with which it happened was staggering. Within minutes, I had a health newsletter from WebMD in my inbox. I was also apparently now subscribed to emails from Pottery Barn Kids. (I can’t seem to unsubscribe, either.) Within weeks, I would receive emails from local preschools, encouraging me to think about education for my now pea-sized, tail-bearing unborn child. All this while navigating roiling nausea, unmatched fatigue, and the sharp pain on my left side that still hadn’t gone away.