The Meaning of All Caps—in Texting and in Life 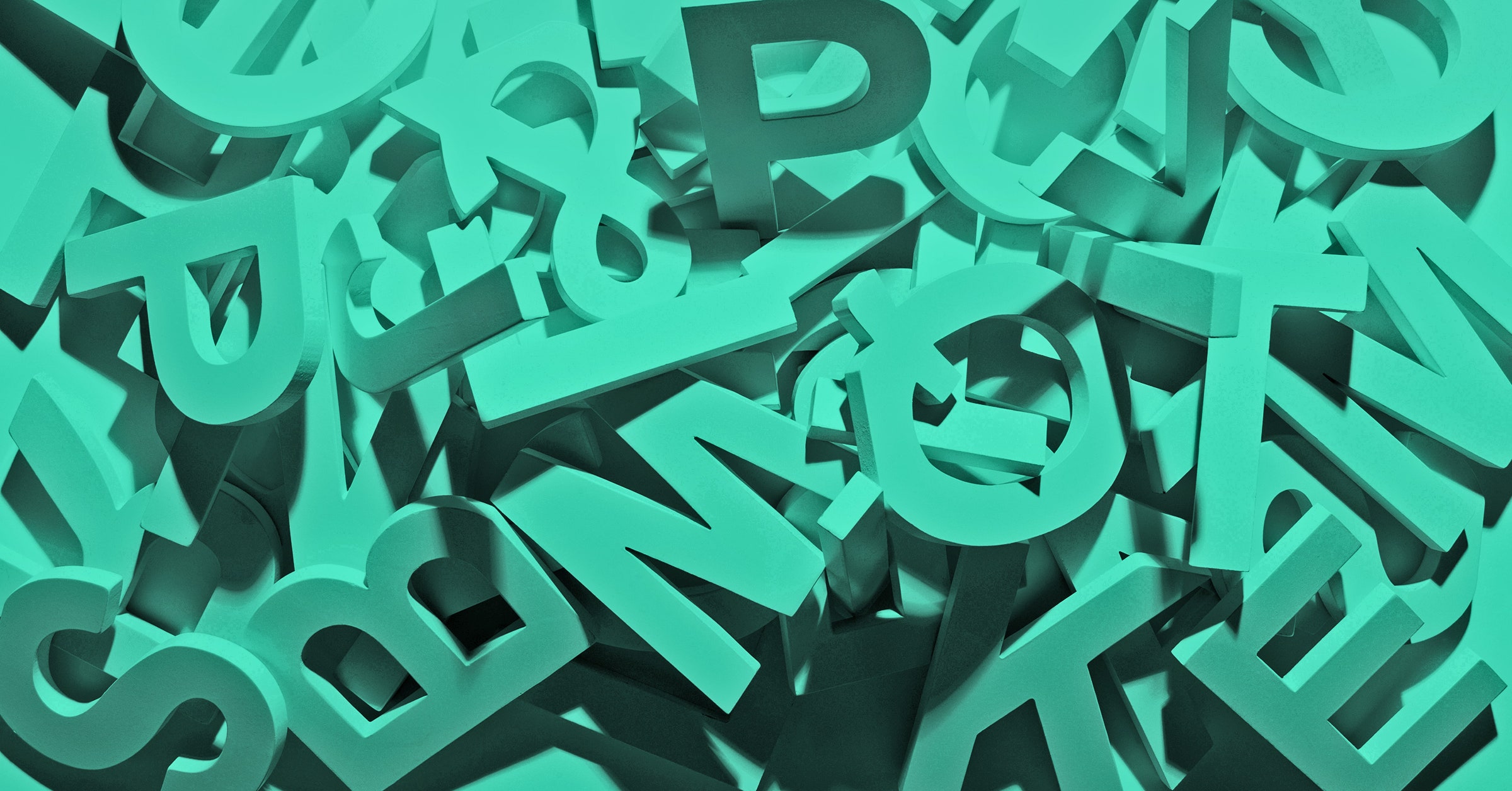 WHEN YOU WRITE IN ALL CAPS IT SOUNDS LIKE YOU’RE SHOUTING.

Using capital letters to indicate strong feeling may be the most famous example of typographical tone of voice. But there are different kinds of strong feelings. Linguist Maria Heath asked a cross section of internet users to rate the difference in emotion between a message in all caps and the same message in standard capitalization. She found that all-cap styling made people judge happy messages as even happier: “IT’S MY BIRTHDAY!!!” feels happier than “It’s my birthday!!!” But it didn’t make sad messages any sadder: “i miss u” is just as pathetic as “I MISS U.” When it came to anger, the results were mixed: Sometimes caps increased the anger rating and sometimes they didn’t, a result which Heath attributed to the difference between “hot” anger (FIGHT ME) and “cold” anger (“fight me”).

A single capped word, on the other hand, is simply EMPHATIC. Looking at examples of all-capped words on Twitter, Heath found that the most common single ones included NOT, ALL, YOU, and SO, as well as advertising words like WIN and FREE: the same kinds of words that are often emphasized in spoken conversations (or commercials). When we want to emphasize something in speech, we often pronounce it louder, faster, or higher in pitch—or all three at once. All caps is a typographic way of conveying the same set of cues.

Emphatic caps feel like the quintessential example of internet tone of voice, and sure enough, they’ve been around since the very early days online. Linguist Ben Zimmer found people in old Usenet groups explaining that all-caps meant yelling as far back as 1984. What’s more intriguing is that capitals were available for emphasis long before the internet as well. The linguist John McWhorter dates shouty caps back to pianist and writer Philippa Schuyler in the 1940s, while author L. M. Montgomery has a character use both capitals and italics for emphasis in her fictional diary entries of the 1920s, which another character criticizes as “Early Victorian”— meaning old-fashionedly melodramatic, even back then. Going yet further back, a newspaper in 1856 described a line of dialog with the phrase “This time he shouted it out in capital letters.”

Back in the heyday of personal letter writing, all-caps was just one part of a broader emotional ecosystem for expressing strong feeling, along with italics, underlining, larger letters, red ink, and other decorative formatting options. The emotional use wasn’t even the most prominent option: All-caps was widely used to avoid the idiosyncrasy of joined handwriting, such as in comic strips, on forms (“Please fill out your name in block capitals”), or in official documents by lawyers, architects, and engineers. Typewriters and early computer terminals made illegible handwriting less of a problem, but they also introduced a new one: They wouldn’t let you type italics and underlines or change font sizes (for that matter, many social media sites still don’t). This created a vacuum into which the preexisting but relatively uncommon shouty caps expanded.

This brings us to a puzzle. Early internet guides like the Jargon File, Wired Style, and website FAQs mentioned all-cap styling, but not to facilitate shouting, the way that *bolding asterisks* or _italicizing underscores_ were recommended to compensate for the lack of other formatting that can indicate emphasis, or a smiley face was recommended to facilitate sarcasm and joking around. No, they were generally trying to discourage it, meaning that a fair percentage of ’80s and ’90s computer users were writing their routine correspondence in all-caps. (The ’90s version of “Oh my god, my boss doesn’t realize that periods are passive-aggressive” was “Oh my god, my boss doesn’t realize that all caps is shouting.”) Where did the idea that it was ever OK to type a full message in block capitals come from? After all, people have been handwriting in lowercase for over a thousand years, and even the melodramatic early Victorians didn’t capitalize everything. Why would anyone suddenly switch to all-caps on a computer?

Part of the blame may go to Morse code, that dashingly dotty system used for sending telegrams. Morse code represents every letter as a combination of dots and dashes, suitable for transmitting as long or short taps along an electrical line: A is dot-dash, B is dash-dot-dot-dot, and the rest of the 26 letters can all be represented as combinations of up to four dots and/or dashes. But if we wanted to include lowercase letters, we’d need a fifth and a sixth dot or dash, because we’d be representing 52 symbols, and telegraph operators would have to memorize twice as many codes. Unsurprisingly, people decided it wasn’t worth it—if all-caps was good enough for the Romans, it would be good enough for telegrams.

Early computers were very similar. Some used teletype machines— the mechanical descendants of telegraph operators—as a way to transmit or print out information. The classic first command that you learn when you start to code is something like PRINT(“HELLO WORLD”), which causes the computer to display HELLO WORLD onscreen. It doesn’t make the computer print out on paper HELLO WORLD, but at one point it did—back before screens, when we commanded computers by keying words into a teletype machine and received their replies printed out onto rolls of paper. Even once computers had screens, storage space was still expensive, as precious as the brain cells of a telegraph operator, so many of them, such as the Apple II, displayed everything in just one case—all caps. Relicts of this setup are still in place on some commercial computer systems: Teletypes are uncommon, but your grocery store receipt, bank statement, or airplane ticket might very well appear from a roll of shiny paper, printed in all-caps.

By the time computers did start supporting lowercase characters, we were faced with two competing standards: One group of people assumed that all caps is just how you write on a computer, while another group insisted that it stood for yelling. Ultimately, the emotional meaning won out. The shift in function happened in parallel with a shift in name: According to the millions of books scanned in Google Books, the terms “all caps” and “all uppercase” started rising sharply in the early 1990s. By contrast, in the earlier part of the century, the preferred terms were “block letters” or “block capitals.” People tended to use “all caps” to talk about the loud kind, while block capitals more often referred to the official kind, on signs and on forms. But the addition of all caps for tone of voice didn’t eliminate the official kind of capitals, which remain common on EXIT signs and CAUTION tape and CHAPTER ONE headings: They may be emphatic, but they aren’t interpreted as especially loud.

Rather, our interpretation seems to flip depending on whether we read the text as formal or informal: HOME in a website’s menu bar is a mere graphic design choice, while HOME in a message like “ugh I want to go HOME” is typographical tone of voice.

Another way to do emphasis online is by repeatingggggg letterrrrssss, especially for emotive words like “yayyyy” or “nooo.” Just like shouty capitals, the origins of this practice predate the internet by maanyyy years. I searched the Corpus of Historical American English for sequences of at least three of the same letter (to eliminate common English words like “book” and “keep”). The corpus contains texts from 1810 to 2009, but to my surprise, there were hardly any results in the first half of the corpus. The few earlier examples were mostly just typos, like “commmittee,” or numerals, like “XXXIII.” Here’s the oldest real example I could find, a character pretending to be a candy seller in a novel published in 1848:

“Confectionary, confectionary,” he cried, bursting into a louder tone of voice, which rang forth clear and deep-toned, as a bell. “Confectionary!” and then he added with grotesque modulations of his voice, “Confecctunarrry!”

“By Jove, how this reminds me of the little fellow in London. I’ll go the complete candy-seller. I might as well.”

The “grotesque modulations” of this 1840s faux confectioner were an anomaly, ahead of their time. The author respells the elongated “confectionary” with a u, rather than preserve the component letters like a modern writer would do. Even now-commonplace elongations of sounds like “ahhh,” “oooh,” “hmmm,” “ssshh,” and “brrr” don’t start showing up in this historical corpus until the decade before and after 1900, whereupon they increase steadily for the next hundred years, displacing word-like versions such as “ahem” and “hush.” Rare, one-off elongations of full words like “confecctunarrry,” “evvveryone,” and “damnnn” follow in substantial numbers a few decades behind, starting to rise in the 1950s and ’60s and really getting popular in the 1990s and 2000s. The period when lengthening became popular lines up with the rise of recorded speech, such as phonographs, records, cassettes, and CDs. It might be coincidence, but it might also be that when we started being able to play and replay recorded speech, we started paying more attention to representing it precisely. At any rate, it’s clear that the goal of repeated letters is to represent speech in writing, because the early examples show up in fictional dialog, especially in play scripts and novels.

Repeating letters is an expressive tool that’s been growing for over a century in informal writing, not just on the internet. And it isn’t haphazard. One study looked at the most commonly lengthened words on Twitter and found that they still tend to be sentiment words. The top 20 most lengthened words are a cornucopia of emotions: nice, ugh, lmao, lmfao, ah, love, crazy, yeah, sheesh, damn, shit, really, oh, yay, wow, good, ow, mad, hey, and please. Several studies have found that this expressive lengthening, as linguist Tyler Schnoebelen named it, is sensitive to social context: People lengthen more in private texts or chat messages than in public posts.

People are also sensitive to linguistic cues. In a study I did with the linguist Jeffrey Lamontagne, we found that while people generally lengthen the rightmost letter in a word, they’ll also lengthen the rightmost letter in a smaller unit of sound. For example, in the word “dream” the “ea” together indicates the vowel sound, so people will lengthen this word as either “dreaaam” or “dreammm.” But in the word “both,” the two middle letters “ot” are not a unit (the “t” belongs with the “h” instead), so people lengthen it as “bothhhh” or maybe “boooth,” but never “botttth.” But people aren’t completely tied to phonological feasibility. They often write things like “stahppp” or “omgggg,” but it’s not physically possible to hold ppppp or ggggg for more than an instant. Even more improbably, people sometimes “lengthen” silent letters, writing “dumbbb” or “sameee.” What’s cool about expressive lengthening is that, although it started as a very literal representation of longer sounds, it’s ended up creating a form of emotional expression that now has no possible spoken equivalent, making it more akin to its typographical cousins, all-caps and italics. On the whole, indicators of strong feeling have remained remarkably stable since the early days of the internet, and for much of the past hundred years. Catullus or Chaucer would have been at a loss, but L. M. Montgomery from the 1920s would have had no particular difficulty telling when a modern text message wanted to express excitement or emphasis. Perhaps this stability is because we don’t feel as creative when we’re in the grips of strong emotion, or perhaps it’s because strong feelings are SO CLEARLY IMPORTANT that we had to figure out SOMETHING.