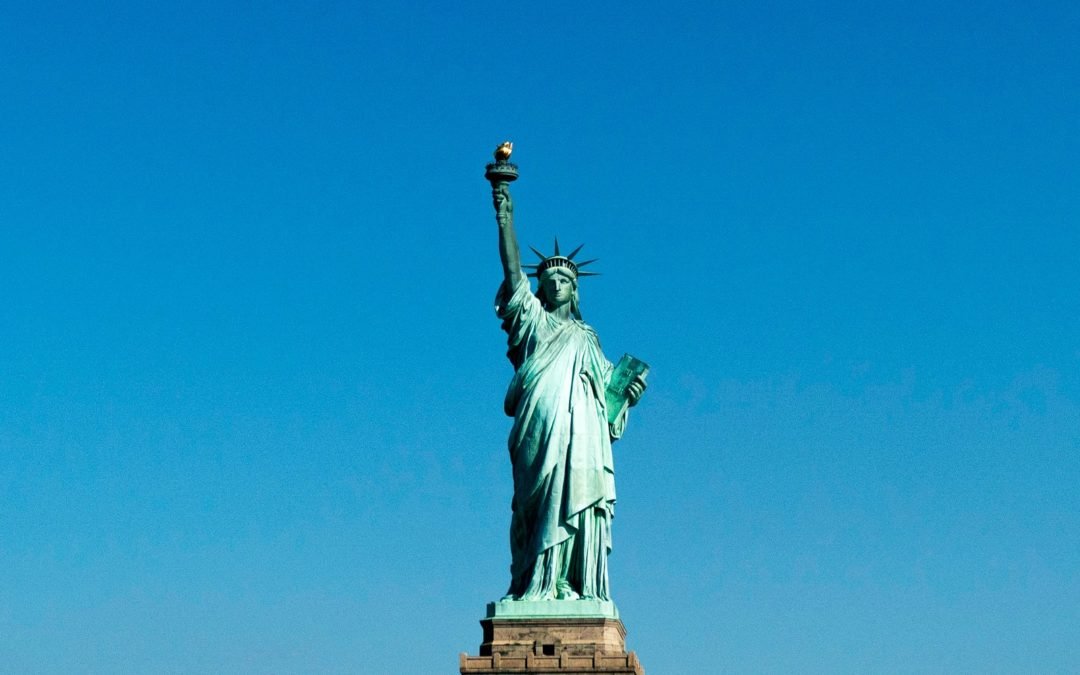 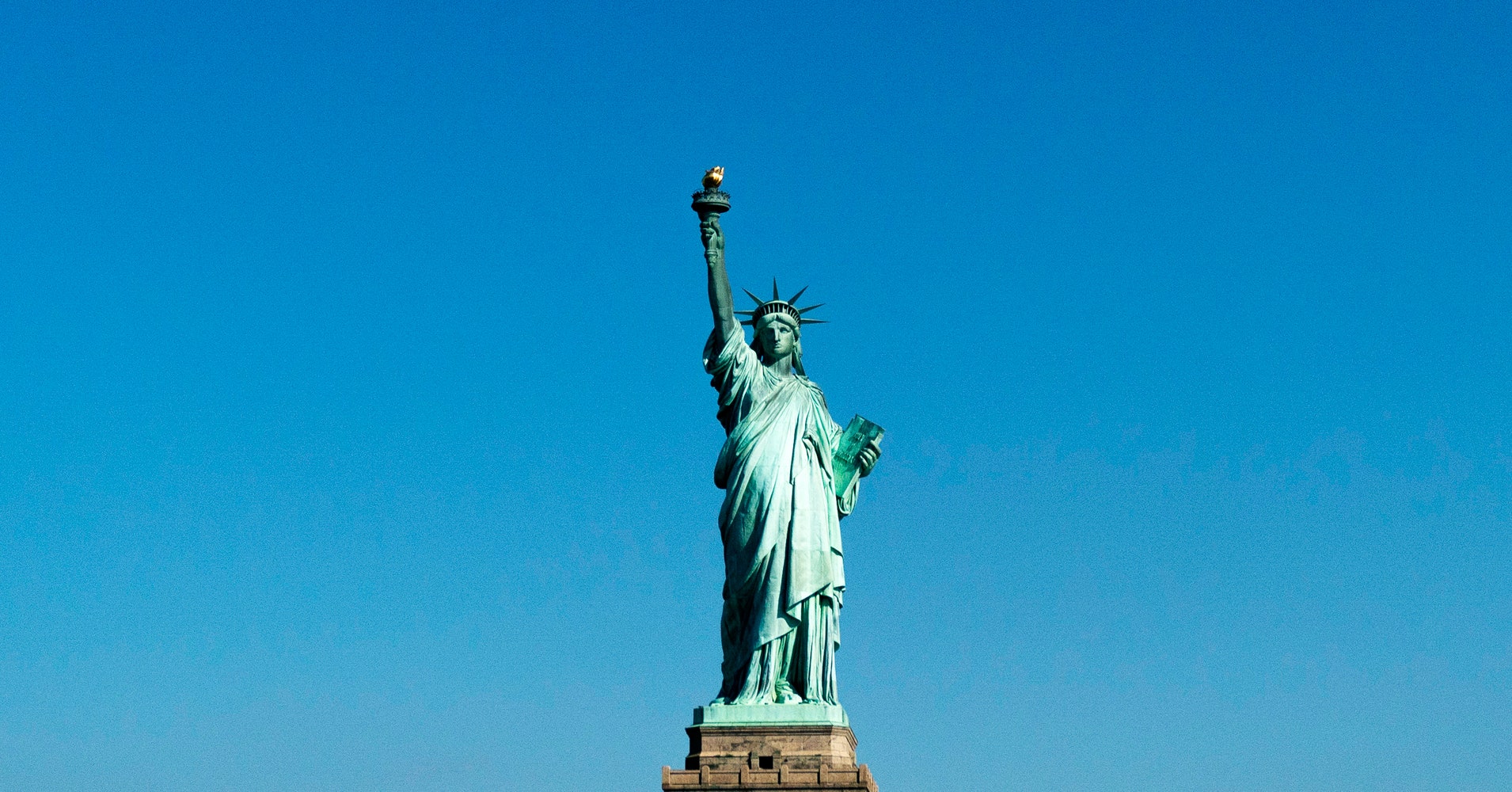 The last week of internet madness started, of course, with the death of Jeffrey Epstein, and the numerous resultant conspiracy theories that followed—including one shared on Twitter by the President of the United States. Of course, it didn’t help that Epstein was removed from suicide watch for mysterious reasons before his death, or that two of the guards and the warden of the jail Epstein died in were removed after the fact, because they reportedly slept through his death and falsified records. It’s a story that was built for the age of QAnon and paranoia politics, so it’s no surprise that it’s the story that’s provided the quiet but ever-present heartbeat to the last week.

But this last week also shined a surprising spotlight on CNN anchor Chris Cuomo, who threatened a man on video after being taunted in public. The week also brought even more warnings that the global economy is about to collapse again. Oh, and we also discovered that President Trump wants to buy Greenland. Which sounds like a joke, but somehow isn’t. What, you may wonder, is actually happening in the world? Glad you asked. This is what the internet has been talking about for the last week.

What Happened: If “The New Colossus”—the poem on the Statue of Liberty—has shaped your understanding of the American Dream, this week might have come as quite a shock to you, with the current administration seeking to rework that sonnet (and the US’ immigration policy as a whole) a little bit.

What Really Happened: What with everything that’s been happening lately—see above, but also, gestures vaguely in the direction of the entire world—you’re possibly wondering just where the Trump administration is on the subject of immigration these days. The answer is this.

No, wait; we didn’t mean that whole thing where the president uses undocumented workers on his properties. We mean the new policy suggestion that would deny green cards to poor people, effectively limiting legal immigration to the wealthy.

That last part is, tragically, not hyperbole. The acting director of US Citizenship and Immigration Services, Ken Cuccinelli did, indeed tell NPR that “The New Colossus,” Emma Lazarus’ poem on the Statue of Liberty was, in his mind, ripe for a rewrite.

But surely, you think, he doesn’t actually mean that; it’s one of the cornerstones of how the world—including America—views America. But, oh yes he does. And then he doubled down.

Of course, there are those who will be fighting the proposed changes.

If anyone needed reminding that 2019 is actually the Upside Down, however, consider this: In literally any other presidential administration, making the kind of public statements that Cuccinelli made would mean that a story like this would end with something along the lines of, “He was immediately reprimanded for his remarks.” In the world that actually exists, however, this happened.

The Takeaway: Let’s go with this.

What Happened: Since the arrival in office of Donald Trump, the idea of Twitter Diplomacy has been an actual reality. Last week, however, that became more true than ever—and that’s not a good thing.

What Really Happened: This one needs a little backstory. Back in February, new Democratic congresswomen Rashida Tlaib and Ilhan Omar voted against a House resolution condemning the Boycott, Divestment and Sanctions movement intended to pressure Israel into ending its occupation of the West Bank. It was a vote that drew a lot of attention and led to some on the right calling the two Muslim women anti-Semitic. It was a subject revisited when both congresswomen announced last month that they would be visiting Israel, with many on the right in the US saying that they shouldn’t be allowed to enter the country.

Despite these outcries, Israeli authorities announced that they could visit. So far, so straightforward, right? With the trip planned for this very weekend, and preparations underway, President Trump weighed in.

And because of that, Israel … changed its mind.

Given that Israel can’t officially say “doing politically motivated favors for friends” as the reason for keeping Omar and Tlaib out of the country, what was the given reason for the ban?

Again, the trip had been approved a month ago, and preparations for the visit were underway when this new decision was made. It’s not as if the Israeli authorities had learned anything new about what was going on, aside from the fact that President Trump wasn’t into the whole idea. Both Tlain and Omar issued their own responses on Twitter.

They weren’t the only politicians responding.

AIPAC was just one of many Jewish groups that spoke out against the decision; perhaps they felt emboldened to break with US and Israeli leaders because almost no one outside of the administrations of those countries seemed to think Israel’s ban was the right decision.

Even Marco Rubio—hardly a vocal critic of the president—was moved to object to what had happened.

As the announcement of the congresswomen’s travel bans continued to cause outrage and upset, authorities reversed course slightly, telling Tlaib that she could visit her grandmother but only if she agreed in writing not to “promote boycotts against Israel.” Tlaib stood her ground in response.

The Takeaway: There may, perhaps, be an upside to all of this if viewed from the long, perhaps unreasonably optimistic given the current realities, view.

We Really Didn’t Need a Sequel

What Happened: The notion that history repeats itself is hardly a new one, but with reports of a nuclear accident coming from Russia—followed swiftly by Russian sources downplaying the severity of what might have happened—those repeats looked far more literal than anyone expected.

What Really Happened: For those who watched Chernobyl on HBO, certain world developments recently might have felt terrifyingly familiar.

Perhaps the news escaped your notice, but the short version is that there was an explosion at a Russian naval test range two weeks ago that led to a spike in radiation levels and an unclear, but seemingly rising number of dead. And then, this happened.

For those paying attention, this news was more than a little concerning, especially considering what happened after authorities announced the evacuation of nearby town Nyonoksa.

So, nothing happened and nothing to see here, right? After all, what’s odd about ordering a town near a nuclear explosion to be evacuated, and then canceling the evacuation? That’s completely normal, right? Right?

The Kremlin finally admitted the explosion had taken place midweek in an impressively passive fashion.

I mean, everything sounds just fine, right? What sounds suspicious about the official story? Absolutely nothing! Nothing!

We are, of course, worrying for no reason. As is customary in times of crisis like this, the president weighed in.

For what it’s worth, this would appear to be President Trump actually confirming that the explosion was related to missile testing a full day before Russia did—check the time stamp—and also potentially spilling classified information about the US’ own missile program in the process. (Presuming, of course, he didn’t just make something up to boast about.) In reply, Vladimir Putin made a statement boasting that, of course, Russian missiles “surpass the level achieved by other countries,” so everything’s fine, now. Everything’s fine.

The Takeaway: Time to stock up on iodine tablets, perhaps.

What Happened: Things went bad as the protests against the government in Hong Kong turned particularly ugly last week, but don’t go looking to President Trump for leadership on the issue.

What Really Happened: Staying in international climes for awhile longer, as the week began, protests against the government in Hong Kong—which have been ongoing since June, initially a response to a move to extradite criminals to China before evolving into something broader against the island’s communist rule—continued into their tenth week of action, with no one fully aware of just what was about to unfold.

The protests weren’t just happening in the city proper; over the weekend, there was a sit-in at Hong Kong International Airport, and it’s this expansion that proved to be the step necessary to bring the protests to wider international attention—something that was, impressively, depressingly, absent despite a police response that included the use of tear gas.

The airport protest was disruptive, to say the least, with flights being cancelled and the airport essentially shutting down as a result.

By midweek, it was clear that what had started as a peaceful sit-in had become … something else.

Social media from the airport became more and more unsettling.

—and as flights resumed after protestors left (and apparently reconsidered their actions), things got back to normal. Kind of.

Oh, and President Trump once again waded into international waters.

Trump’s genuinely bizarre tweet (“Personal meeting”?) put him at odds with the majority of US politicians, who have been far more vocally supportive of the protests in general, but perhaps we shouldn’t be too surprised, considering the president’s often-displayed love of “strongman” leaders who demonstrate disdain for their countryfolk.

The Takeaway: As of this writing, the protests are continuing in Hong Kong. And this remains true, as well.

What Happened: If it can feel as if politicians are in a race to discover the worst take in the hopes of getting people talking, then perhaps Iowa Republican Steve King has, um, won? After all, where else can you go after announcing that rape and incest are actually good?

What Really Happened: Sometimes, you have to wonder if President Trump’s vocal nature makes his fellow Republicans feel more comfortable voicing their opinions. Like, for example, this statement from Rep. Steve King from Iowa.

That is, shockingly, not an exaggeration. Here’s the quote, as recorded by the Des Moines Register.

It’s genuinely astonishing that anyone could simultaneously hold both that opinion and public office, and yet 2019 is full of reasons to be astonished. Of course, King’s comments became widely shared news very quickly, and as should only be expected, politicians rushed to condemn King’s comments.

J.D. Scholten, the Democratic candidate for King’s seat, also responded to the statement.

It wasn’t just Democrats speaking out against King; Liz Cheney was one of the Republicans willing to push back against the comments, alongside House Minority Whip Steve Scalise, Senator Randy Feenstra and the entire Iowa Republican Party, with a spokesman saying that King’s comments were “outrageous [and] not reflective of the views of the Iowa Republican Party.”

Of course, King was also widely condemned on social media.

In his defense, King took a note right from the Trump playbook.

Does anyone actually remember a world before “Fake News” was a blanket defense against people realizing that someone had heard them say something offensive?

The Takeaway: At least Steve King is a fringe politician that nobody really listens to, right?