The Real Fusion Energy Breakthrough Is Still Decades Away 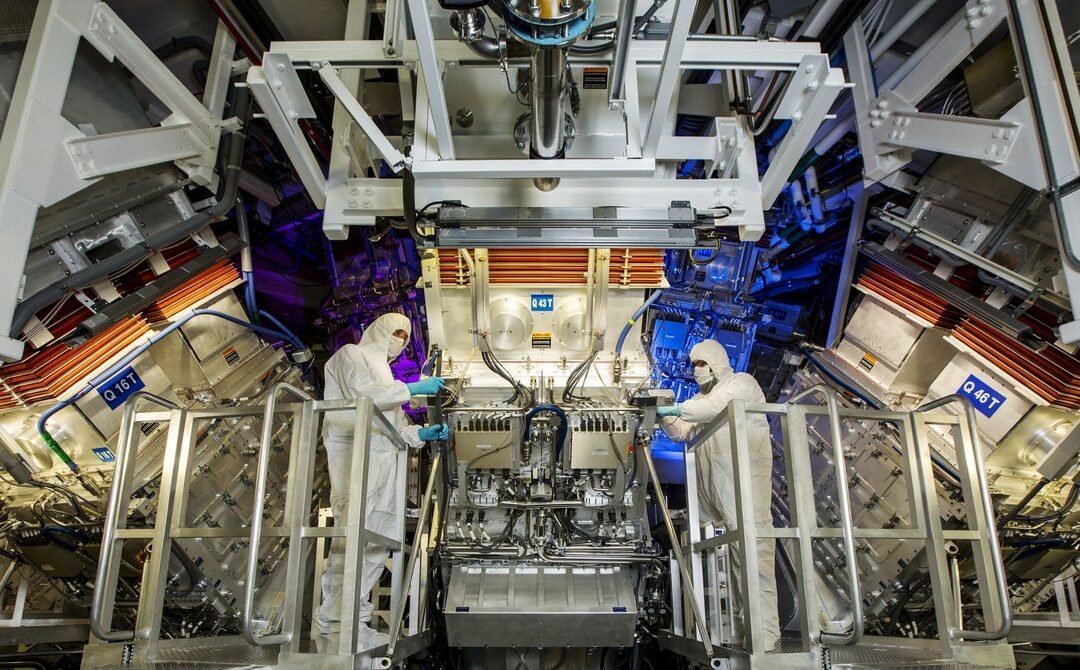 Last week, inside a gold-plated drum in a Northern California lab, a group of scientists briefly recreated the physics that power the sun. Their late-night experiment involved firing 192 lasers into the capsule, which contained a peppercorn-sized pellet filled with hydrogen atoms. Some of those atoms, which ordinarily repel, were smushed together and fused, a process that produces energy. By standards of Earth-bound fusion reactions, it was a lot of energy. For years, scientists have done this type of experiment only to see it fall short of the energy used to cook the fuel. This time, at long last, they exceeded it.

That feat, known as ignition, is a huge win for those who study fusion. Scientists have only had to gaze up at the stars to know that such a power source is possible—that combining two hydrogen atoms to produce one helium atom entails a loss of mass, and therefore, according to E = mc2, a release of energy. But it’s been a slow road since the 1970s, when scientists first defined the goal of ignition, also sometimes known as “breakeven.” Last year, researchers at the Lawrence Livermore Lab’s National Ignition Facility came close, generating about 70 percent of the laser energy they fired into the experiment. They pressed on with the experiments. Then, on December 5, just after 1 am, they finally took the perfect shot. Two megajoules in; 3 megajoules out. A 50 percent gain of energy. “This shows that it can be done,” said Jennifer Granholm, US Secretary of Energy, at a press conference earlier this morning.

To fusion scientists like Mark Cappelli, a physicist at Stanford University who wasn’t involved in the research, it’s a thrilling result. But he cautions that those pinning hopes on fusion as an abundant, carbon-free, and waste-free power source in the near future may be left waiting. The difference, he says, is in how scientists define breakeven. Today, the NIF researchers said they got as much energy out as their laser fired at the experiment—a massive, long-awaited achievement. But the problem is that the energy in those lasers represents a tiny fraction of the total power involved in firing up the lasers. By that measure, NIF is getting way less than it’s putting in. “That type of breakeven is way, way, way, way down the road,” Cappelli says. “That’s decades down the road. Maybe even a half-century down the road.”

The trouble is inefficient lasers. Generating fusion energy using NIF’s method involves shooting dozens of beams into a gold cylinder called a hohlraum, heating it up to more than 3 million degrees Celsius. The lasers don’t target the fuel directly. Instead, their aim is to generate “a soup of X-rays,” says Carolyn Kuranz, a fusion researcher at the University of Michigan. These bombard the tiny fuel pellet consisting of the hydrogen isotopes deuterium and tritium, and crush it.

This must be done with perfect symmetrical precision—a “stable implosion.” Otherwise, the pellet will wrinkle and the fuel won’t heat up enough. To achieve last week’s result, the NIF researchers used improved computer models to enhance the design of the capsule that holds the fuel and calibrate the laser beams to produce just the right X-ray dispersion.

Currently, those lasers emit about 2 megajoules of energy per pulse. To fusion scientists, that’s a massive, exciting amount of energy. It’s only equivalent to roughly the energy used in about 15 minutes of running a hair dryer—but delivered all at once, in a millionth of a second. Producing those beams at NIF involves a space nearly the size of a football field, filled with flashing lamps that excite the laser rods and propagate the beams. That alone takes 300 megajoules of energy, most of which is lost. Add to that layers of cooling systems and computers, and you quickly get an energy input that’s multiple orders of magnitude greater than the energy produced by fusion. So, step one for practical fusion, according to Cappelli, is using much more efficient lasers.