The Science and Spirituality of Looking for Life on Mars 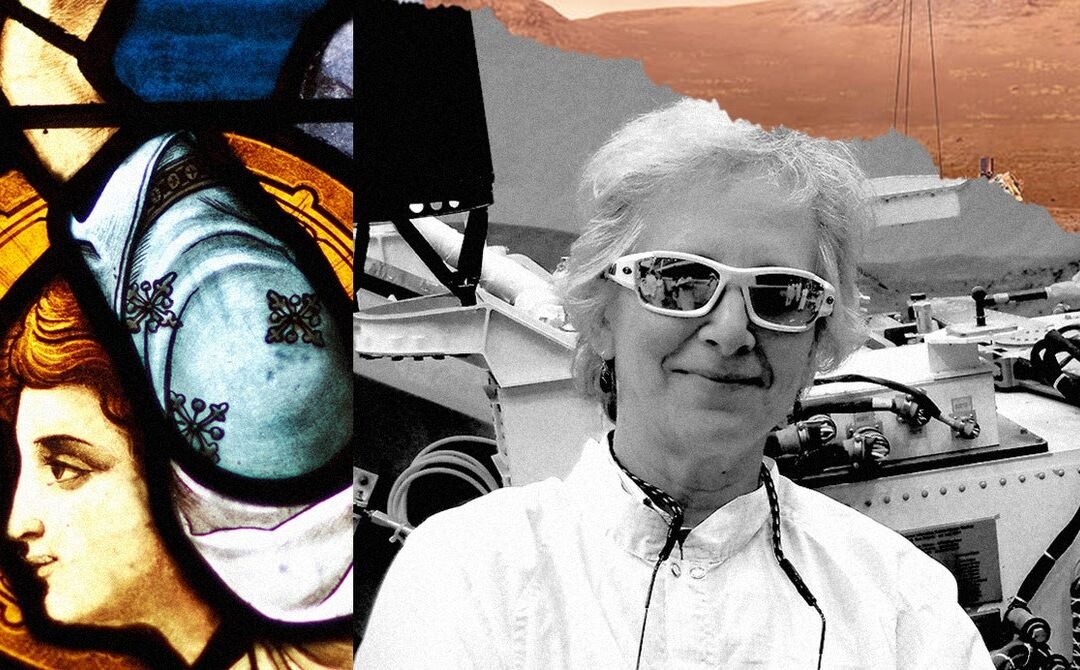 In the prolonged struggle between science and religion in the West, there has been something of a role reversal. At the start, religious leaders were the ones professing certainty, condemning (often to death) those who questioned the Bible’s story about how the Earth was made and how it fit within the heavenly panoply. Scientists were seekers asking uncomfortable questions. Today, science is often the one promising certainty, with so-called new atheists like Richard Dawkins depicting religious folk as weak and stupid—apparently incapable of accepting what is plain to see. Believers in organized religion, meanwhile, often see themselves as persecuted for failing to toe the line. The side with the upper hand may change, but the battle persists.

Straddling this shifting, contested terrain is the Reverend Pamela Conrad, a geobiologist at NASA who studies what environments can sustain life—while also tending to an Episcopal congregation outside of Baltimore. Conrad, who was ordained in 2017, is part of the scientific team running the Perseverance Rover mission to Mars, where she helps design experiments to understand the Martian environment with an eye to the big questions: Is there life on Mars? Was there ever?

At the moment, she’s working on two projects, or investigations, related to the mission. The first is a suite of instruments that help determine what the weather is like on our neighboring planet to assess how hospitable it might be to organisms. The other uses a special microscope, known as Watson, and a spectrometer to identify and analyze the planet’s organic materials.

In an interview, Conrad described her two occupations as complementary ways to understand the cosmos and our place in it: “The difference between a telescope, or any outward looking thing to understand the environment, and the introspection of looking inside is to say, ‘I am a universe, and also I live within a universe.’”

What follows is a condensed and edited transcript of our conversation about her scientific work and her faith, and how each challenges and informs the other.

Noam Cohen: As a scientist you probe the chemistry of life. Is there a mystical or spiritual quality to that?

Pamela Conrad: That is not the quest. What for me is so interesting is that it is all the same stuff. The periodic table of the elements is the periodic table that we see everywhere in the universe, both in astronomy and from samples of the universe that end up on Earth—meteorites. We can count on that. Really, it’s a question of, given that the chemistry is the same and the physical forces may vary, what distinguishes an environment that can support life and one that cannot? But it is not that simple a question, unfortunately, because we have only had one example of life that we know how to recognize, and that is life on this planet. So I’m also asking, would we know it if we saw it?

In both of your fields—science and religion—it seems that most people are looking for answers, not further questions.

Absolutely. And I fully concede that I am a statistical outlier. I go there because I love the questions. We have forgotten that science, although it makes use of empirical data, is really about constructing a model for understanding the data, and even the best scientists sometimes hold a little too tightly to their favorite model. The really great scientists are the ones who say, “What an idiot I was yesterday. Of course that is not it, today it’s this.”

You’ve talked about a research trip to Antarctica that deeply affected you. What happened?