The Time for ‘Catalytic Government’ Is Now 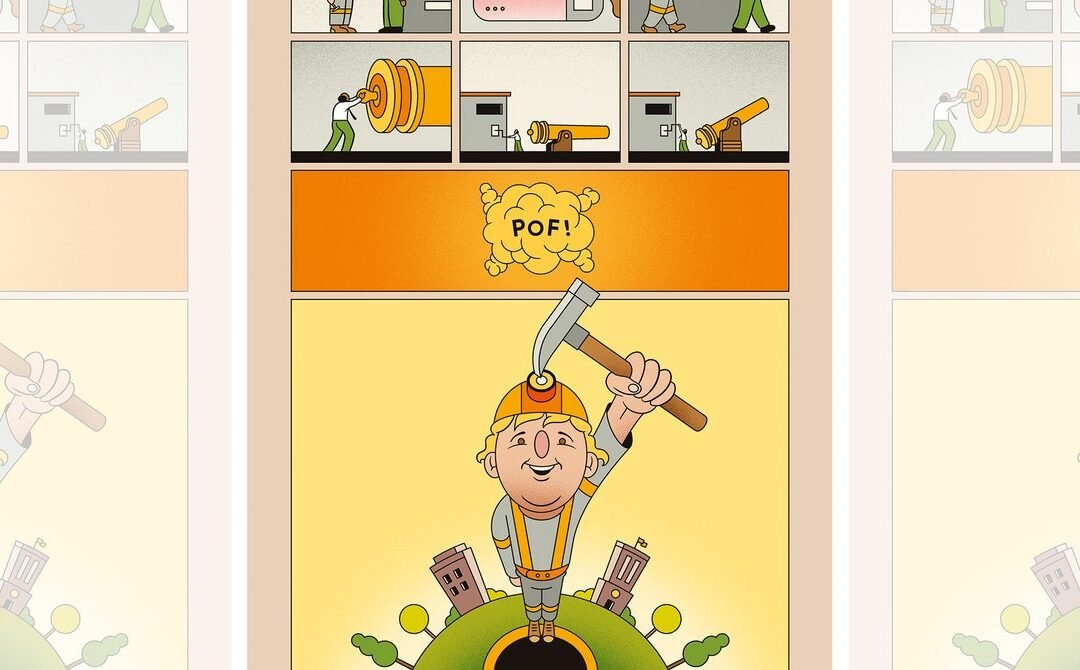 In 1986, US President Ronald Reagan joked that the nine most terrifying words in the English language are, “I’m from the Government, and I’m here to help.” In Britain, Margaret Thatcher largely concurred. It signified a summary of what was becoming the dominant political orthodoxy across the West at the time: that government caused more harm than good, getting in the way of entrepreneurs using the market to meet consumer needs.

Times have changed. Governments will no longer leave innovation and the economy to the market.

The year 2023 will be the watershed for a new doctrine that I call “catalytic government.” In previous eras of active government, these interventions could be messy. Bureaucrats might dominate industry sectors. Or they might bet on specific technologies because they appeal to political bigwigs. In the 1960s, the British government backed the development of the supersonic airliner Concorde as a way of sweetening entry into the European Economic Community. In America, the Great Society initiative led to an expansion of government activity through education and welfare programs, and new powers for environmental and consumer protection agencies to peg business back. Thatcher and Reagan’s mantra was the reaction to such perceived heavy-handed interventions.

Catalytic governments, however, will be opinionated. They will set industrial, technological, and national security priorities. But they will use a wide variety of tools to encourage and support businesses to meet those priorities. In the United States, President Biden recently earmarked more than $1.2 trillion towards semiconductors, infrastructures, and green policies. In the UK, in order to meet the demands of modern technologies like electric vehicles and advanced chips, the government will intervene in the supply of key metals and minerals. These activities will catalyze that market through grants in basic technologies, investments in downstream processing, and training of mining and geology professionals. In the coming years, the UK government is likely to announce a semiconductor strategy: How will the UK develop leadership, independence, and resilience for these quintessential exponential technologies? Once again, the government will seek to shape outcomes, not leave it to the market.

Such policies are, in my mind, catalytic rather than traditionally interventionist. Catalysts in chemical reactions make those reactions go faster and be more effective. Some catalysts are more actively involved in the reactions than others. And a chemical that catalyzes one reaction may be useless in another. The range of government policies will be similar: They will not seek to replace the role of research or industry in these activities, rather they will seek to support and accelerate them.

Critically, these are not the laissez-faire policies that Reagan or Thatcher espoused. Indeed, the doctrine of those two leaders rather ignored successful government endeavors like the GPS system and the internet. More recently, we’ve all benefited from the success of mRNA vaccines in the fight against Covid-19. Rather, catalytic policies are a recognition that the market alone won’t work fast enough and with sufficient direction to meet the twin challenges of the exponential age: climate change and technological disruption. The risks of leaving things to the market—where the industry oversupplied us with dating apps and 10-minute delivery services—are too great.

Of course, the danger of asking government bureaucracy to innovate or bringing advanced technologies under state ownership is too obvious. Rather, the catalytic government must understand what is needed to flourish in the coming exponential age. They will then shape scientific and technological priorities through incentives, investments, collaborations, and other policies. Importantly, this will have a knock-on effect of creating new private-sector jobs. Biden’s climate change policies are expected to stimulate 9 million new jobs by 2030. Because it has less faith in unbridled finance and more faith in the interaction of human and technological capital, catalytic government will end up nurturing local communities over anonymous global supply chains.

Will politicians be able to stay at arm’s length? Or will they feel the need to jump into the fray with, likely, poor consequences? This is a risk, but one which could be attenuated by witnessing the success of this new stance. In this new future, entrepreneurs may find themselves disagreeing with President Reagan’s taut insight.