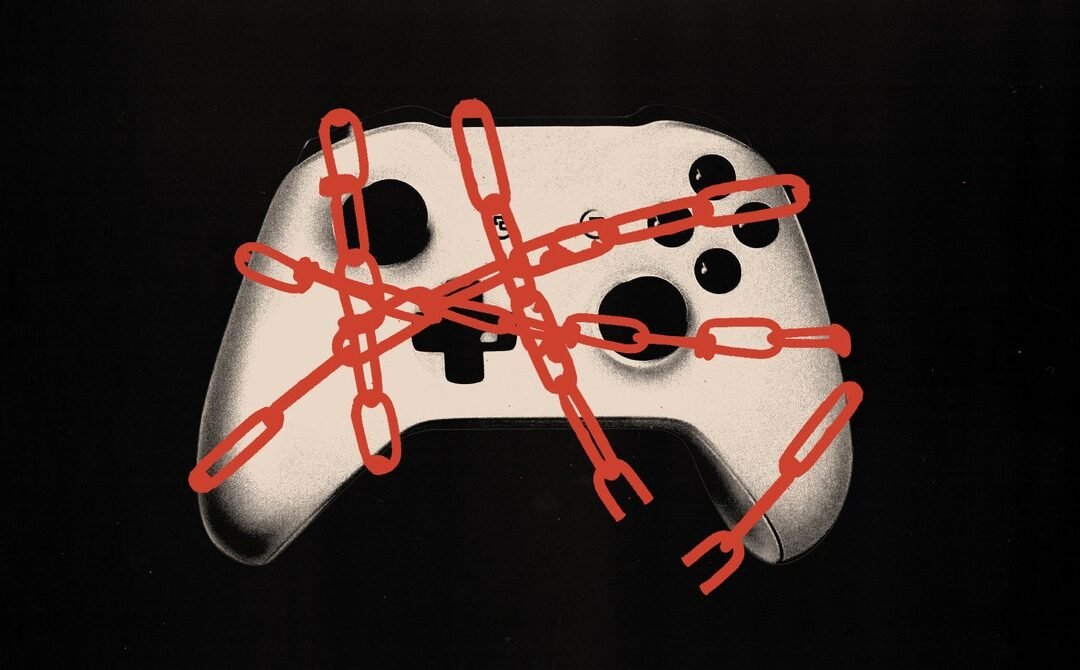 Recently, she cracked Anno 1800, which layered three types of protection, Denuvo on top. “No one else does this because it requires insane amount of focus, dedication and endless passion. I was able to achieve this only in several months of research. it was HELL to say the least.”

“There is little to no competition in the cracking scene when it comes to that particular DRM,” says OverkillLabs, who used to run the gaming-piracy-focused CrackWatch subreddit. OverkillLabs says they know of just three groups that have broken it, and none with the sense of mission Empress has.

Although OverkillLabs can’t quite pin down when her rise to fame began, as she keeps her history intentionally opaque, Empress first came on their radar when she shared her crack of SoulCalibur VI in March 2020. Unlike the insular Warez groups, Empress posted polls asking what gamers wanted next, shared her philosophy, delineated principles, named her enemies. The text files accompanying her games (long, white ASCII columns supporting her name) stuck with him: “The reason why Ubisoft, EA and such companies never remove denuvo from their games is only because they LOVE feeling *superior* and ENJOY seeing you the customer as PIG under their control or worse.” OverkillLabs also noticed that, unlike other groups, which were motivated by kudos and upvotes, Empress accepts donations. Cryptocurrency, specifically.

“People are used to scene groups that do it all for free and ask for nothing in return,” says OverkillLabs.

Empress has big “fuck you, pay me” energy. “I have an outside job, ofc,” she says. “How much time I spend in it depends on the amount of donations I receive.” She’ll skip work and take runs against a game for as long as she can afford it, but is steadfast in the idea that her work should be compensated. In a September 2020 post titled “I will need your help moving forward,” Empress bragged that she cracked Planet Zoo in one week. Total War Three Kingdoms in four days. It was time for her to tackle Denuvo version 9, integrated with Death Stranding and Resident Evil 3. She just needed some Bitcoin. “I’m just a little confused,” replied one commenter on Reddit. “People aren’t willing to pay money for games but they’re willing to pay money to get games illegally? :S.”

“the entire ‘Scene’ rules that accept ‘no money/donations’ is 1 of the biggest problems which always push the crackers back, instead of forward,” says Empress. “if you’re going to do such INSANE EFFORT, you wouldn’t just do it for and from ‘nothing.’” A hobbyist couldn’t push through, she says, “to reach something with a bigger meaning than a quick boost of ego, which is very hollow and can be shattered very easily.”

On October 22, 2020, Empress released a liberated Red Dead Redemption 2 along with another cracker who goes by Mr_Goldberg, who wrote an emulator for the game’s launcher that allowed the DRM-free version to work. It landed on the front page of Reddit with over 23,000 upvotes.

“It took only 2 days for Empress to crack the RDR2 drm and denuvo is very difficult to crack,” says Mr_Goldberg. “never know when someone else might appear out of nowhere but right now empress is the number 1 in cracking ability.” Empress says she hates Red Dead Redemption 2. She just cracked it for “the people.”

On Sunday, Empress posted her crack of Immortals Fenyx Rising, protected by Denuvo and released December 3, 2020. Commenters on CrackWatch, a site that tracks game cracks, went wild, calling her a “goddess.” A cult of worship has attended her newfound fame. Gleeful cries of “fuck Denuvo!” flooded her uploads.

But slowly, over the last day, downloaders realized that Empress had capped the speed. She designed it so nobody could download the game in less than 24 hours. That would prevent repackers from repackaging her cracks for easier downloads—and potentially claiming the credit.

When fans in her community chat began questioning her motivation, Empress had an explanation ready. “If not for my plan here, everybody would already be shouting: ‘fitgirl you are AWESOME!,’” she said, singling out, a popular repacker. Empress maintains she doesn’t need attention. But at the same time, she says, “everyone just should know ‘Who’ is actually responsible of the cracks, and also to support and donate to the person who did the REAL work.”