There’s a Petition to Cancel *Good Omens*, But Who Cares? 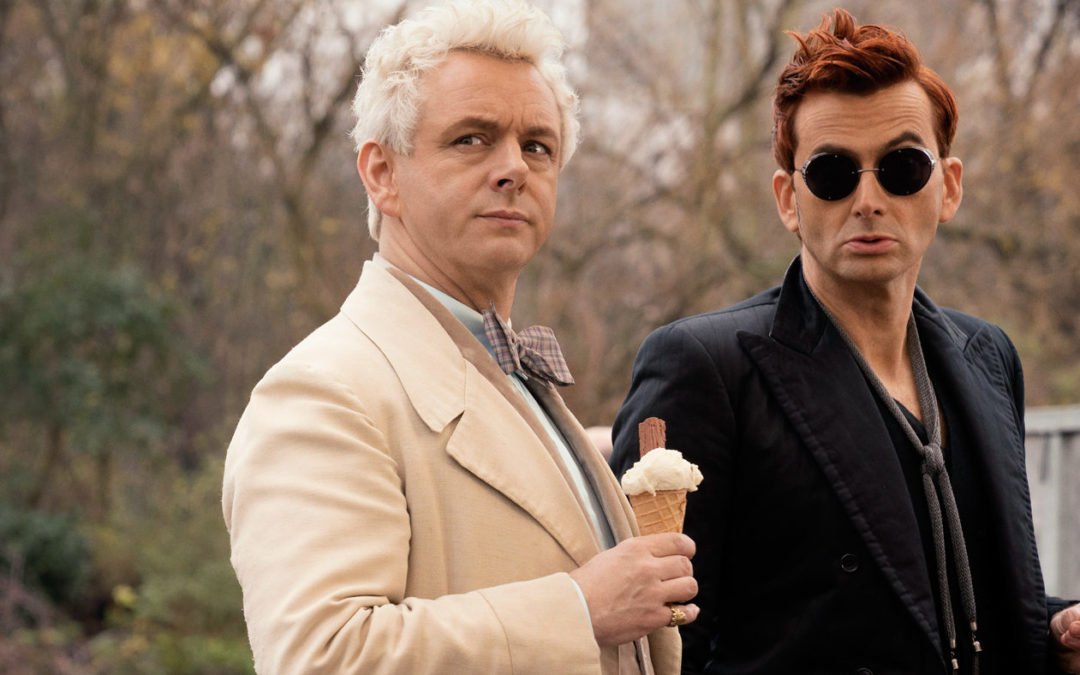 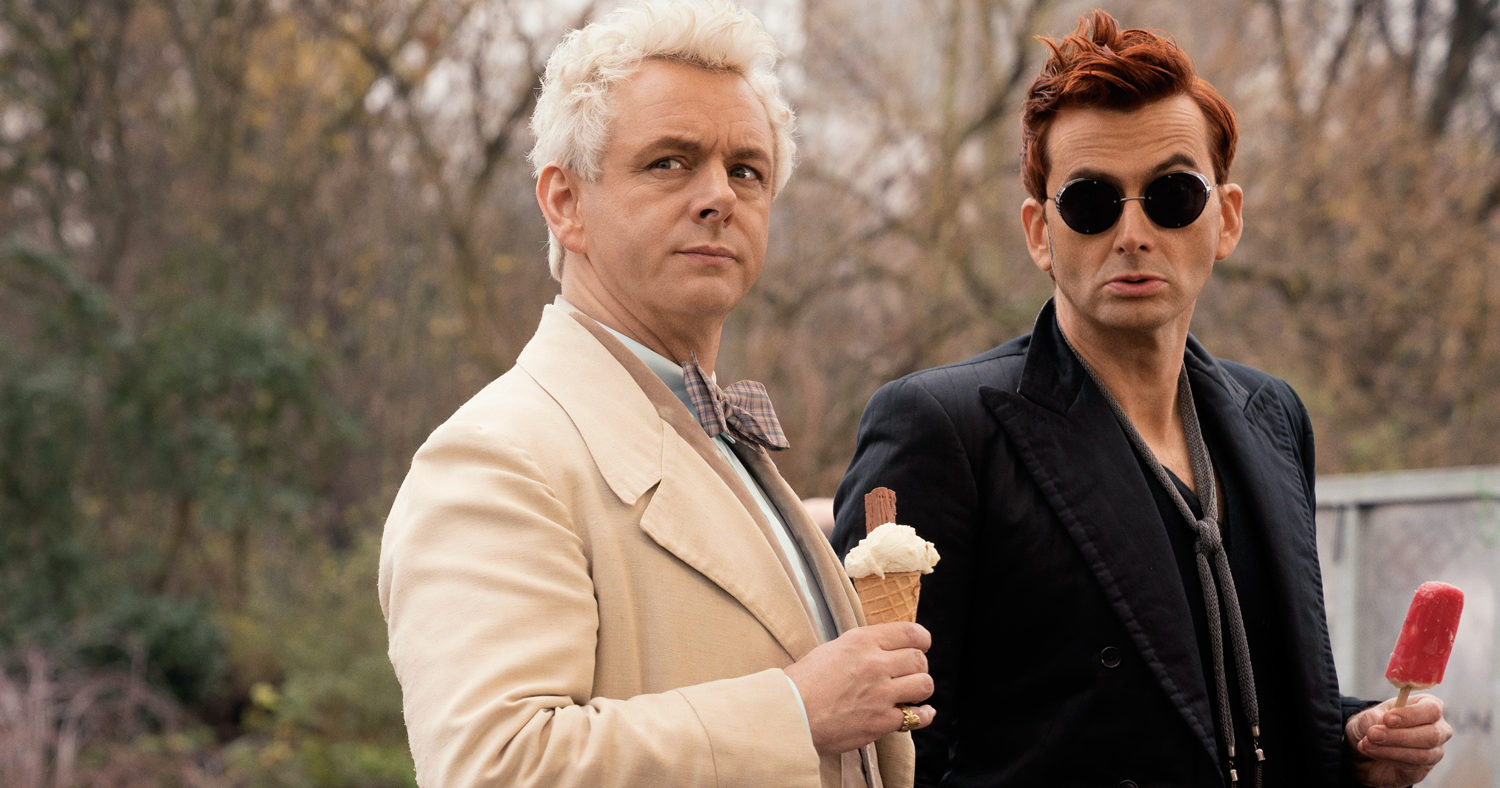 The new Amazon series Good Omens, based on the novel by Neil Gaiman and Terry Pratchett, presents a lighthearted take on the idea of angels and demons. Fantasy author Erin Lindsey found the show’s humor refreshing after so many years of grimdark.

“It’s a relaxing watch, and we could all use more of that,” Lindsey says in Episode 367 of the Geek’s Guide to the Galaxy podcast. “It’s fluffy and fun. It’s the antidote to Game of Thrones.”

But not everyone is laughing. Some Christians are offended by the show, and more than 20,000 of them have signed a petition urging that it be cancelled. Though as writer Peter Rubin notes, the petition was initially directed at Netflix, which wasn’t involved with Good Omens.

“It just goes to show that none of the 20,000 people who have signed the petition—I would wager—have the slightest understanding of either author’s work, or have seen a moment of the show,” Rubin says. “They just read a description of it, and take it at face value.”

Humor writer Tom Gerencer is quick to point out that not all Christians are offended by Good Omens. “I go to church, and I believe what I believe,” he says, “but at the same time I poke fun at the hypocrisies or certain things about it that I find silly. And I think this is done in that same spirit of irreverent humor.”

So far the petition seems to be having little impact, with Amazon and Netflix both poking fun at it. Geek’s Guide to the Galaxy host David Barr Kirtley hopes this is part of a broader trend of media companies realizing that internet commenters often don’t represent the general public.

“20,000 people signed this petition, and people recognize that this is no big deal,” he says. “And I just hope that they take this sort of not-taking-this-too-seriously attitude toward all these kinds of internet outrage things in the future.”

Listen to the complete interview with Erin Lindsey, Peter Rubin, and Tom Gerencer in Episode 367 of Geek’s Guide to the Galaxy (above). And check out some highlights from the discussion below.

“I was a teenager, and we had this discount store near us, and my mother brought home a copy of this really skinny book called The Color of Magic, which had a really cool illustration on the front. It was a hardcover book—I think she got it for like 75 cents—and she said, ‘I saw the cover and I thought you might like this.’ I started reading it, and I was instantly like, ‘Oh my gosh, this guy’s just like Douglas Adams. I love this guy.’ It was hard to get books by him in the United States back then—this is in the 1980s—and I think I found one or two others, and I was like, ‘It’s too bad that guy didn’t write more.’ Little did I know. I moved to London after college, and I was really excited when I got there to walk into a bookstore and just see shelves and shelves full of Terry Pratchett books.”

“My girlfriend Stephanie, when she popped in, was like, ‘Crowley really reminds me of Neil Gaiman’—dressed all in black, and kind of sauntering around. And she was like, ‘So I wonder if there’s a “Neil Gaiman is Crowley, Terry Pratchett is Aziraphale” kind of thing going on?’ I only saw Terry Pratchett a few times, but he always struck me as sort of ‘skinny Santa Claus,’ just very jolly and ebullient, so I could kind of see that. … Neil Gaiman says that when they started out, he wrote the first 5,000 words of Good Omens, and there was only one character—Crowley—and then Terry Pratchett, when he got the pages, split them up into the two characters. So in a way Neil Gaiman created the demon and Terry Pratchett created the angel, so there’s maybe something to that analysis.”

Erin Lindsey on the secondary characters:

“If your choices are to keep it six episodes and slash, or make it 10 episodes and build on those characters a little bit more, I would probably have preferred the latter, except I don’t know what you do with the Them in the meantime, because they’re kind of boring enough as it is. But the whole Anathema/Newton foursome—the witch-finder side of things, the prophecy side of things—when you get right down to brass tacks, they don’t actually influence the plot very much at all. … I think that for [Gaiman], the dream of adapting Good Omens had been going on for so long, and Terry Pratchett having passed, he probably felt a great deal of pressure to be as faithful as possible to the original text, and I think perhaps that might have gotten in the way of some more tweaks and updates that might have serviced the show better.”

“The thing that jumped out at me from the very beginning, from the flaming sword to Crowley’s reptilian eyes—which looked like the most painful scleral contact lenses I’ve ever seen but were obviously CG, and if they really were practical then I’ve never respected an actor more than David Tennant for suffering through those—but from explosions to Satan to just about everything, it was marked by a real hokiness, which to me felt probably pragmatic, given the budget that they had to work with, but also tonally consistent with how they dealt with religion in the book. … I think the inherent silliness of the Book of Revelation is something that you need hokey special effects to be able to deal with, especially when you’re coming at it from a comic perspective. This was not unblinking Sturm und Drang, this was finding the silliness in the folklore that is the end of the New Testament.”