Think These Are Planets? They’re Something Far More Sinister 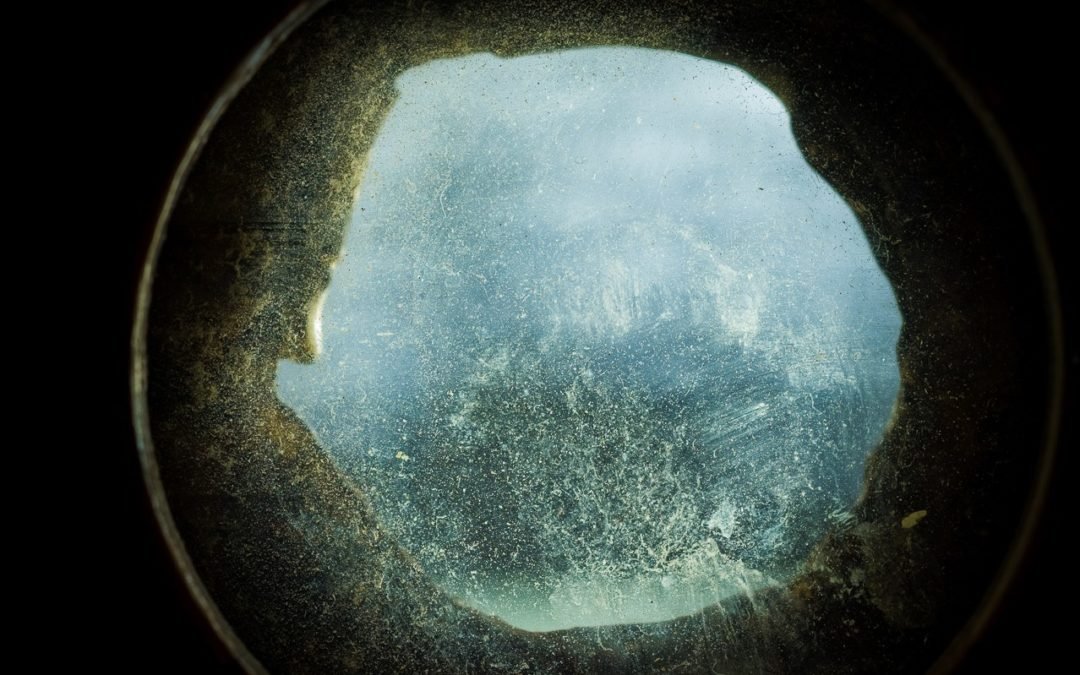 At first glance, the abstract discs above look like planets orbiting some distant star, something beautiful and serene. The truth, though, is far more sinister. They’re spy holes, tiny openings used to surveil detainees in prisons run by Communist regimes throughout Eastern Europe.

Photographer Valentyn Odnovium first noticed them while visiting the KGB’s former headquarters in Vilnius, Lithuania. The stately neoclassical building had a grim basement prison with 19 cells, torture rooms, and an execution chamber where more than 1,000 people died between 1944 and the early 1960s. Though a minor detail, the peepholes in the doors stood out as a reminder of what daily life was like in the prison—on both sides of the glass. “It was a lens through which the warden looked at the people inside,” Odnovium says, “a tool which obscured the prisoner’s personality while making him an object of surveillance.”

Prisons like the one in Vilnius were part of a surveillance system that enabled the Soviet Union and its puppet states to rule Eastern Europe for nearly half a century. The secret police—the KGB in Soviet Socialist Republics, the Stasi in East Germany, and other security agencies in similar countries—and their vast networks of collaborators and informers (numbering more than 280,000 in East Germany alone) spied on citizens and tattled on family, neighbors, and friends. Those who deemed threats were interrogated, tortured, and locked for months behind heavy metal doors.

Odnovium documented the spy holes in those doors at eight former prisons in Lithuania, Estonia, Latvia, Poland, Ukraine, and Germany for his series Surveillance. They ranged from small, ordinary-seeming houses with just a handful of cells to imposing stone fortresses with watchtowers and thousands of inmates. Some spanned multiple regimes: The Lontsky Street prison in western Ukraine was used by Polish police and Nazi Germany’s Gestapo before the Soviets wrested back control in 1944. Though Odnovium’s own family was affected by these regimes, he tried to keep his emotions at bay and work “impartially, like a forensic investigator.” He mounted his DSLR fitted with a macro lens on a tripod just a few inches from the cell doors and used 15-to-30-second exposures to capture the spy holes.

You can’t see much in the images—mostly scratches, rust, and specks that resemble blood. Abstracted this way, the glass itself becomes the point: a symbol of the whole surveillance apparatus, which propped up the dictatorship and turned daily life into a miserable spying game. “I considered people on both sides of the spy hole to be prisoners of the system in their own ways,” Odnovium says.

See? Planets would’ve been so much nicer.