This $2,500 Iron Is a Badass Wrinkle Destroyer 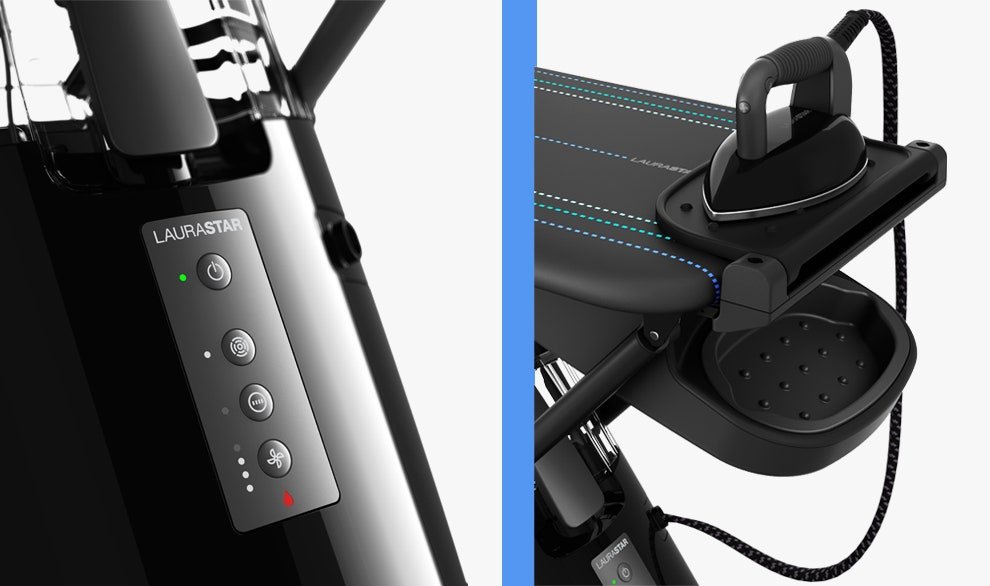 Clothing designer Shari Noble met me and my 50-pound ironing setup on the sidewalk in front of her workshop on Seattle’s First Avenue. Noble runs the La Macón label, and she spends a lot of time ironing. Currently she relies on a Black & Decker model she picked up at Goodwill for $10, following the untimely demise of her more industrial Sapporo SP-527 iron, which never recovered after a fall to the floor. She also has some clever ironing accessories, a skinny mini board that’s just for sleeves, a “mitt” to go over a hand, and a ham-shaped “ham” that allows you to work specific parts of a garment. (The existence of an ironing ham gave me the giggles for five minutes.)

Also off to the side was a Shark-brand steamer that she seemed to consider a necessary evil. “That thing’s a piece of crap,” she said, before turning an optimistic eye to the Laurastar.

She immediately appreciated the tall and sturdy board, along with the heft of the iron.

“I like a heavy iron,” she said. “Weight’s a huge deal. It helps you press down.”

She put a pillowcase with scissors printed on it on the board and hit the steam button.

“Whoa,” she yelped, smiling. “There’s a time and place for not using steam, but usually I want steam.”

Here, she had plenty and quickly drew a connection between the quality of the Laurastar and her dearly departed Sapporo. She liked the heat and the steam but was more skeptical about the fan, never completely embracing it in the time I was there.

One thing she was concerned about was delicate fabric. The iron comes with a protective soleplate, essentially a heat diffuser that still allows for the use of steam. Unlike most irons, there’s no temperature adjustment with the Laurastar, just the soleplate. In my testing, this surprising lack of options was surprisingly just fine, but Noble was more skeptical.

She pulled out a big square of $40-a-yard wool, hesitated a moment, pressed the soleplate onto the fabric for a moment, then winced.

“It scarred,” she said holding the wool in the air, revealing an iron-shaped footprint. “I’d still recommend using a press cloth.”

Back at home, I kept testing, ironing everything I could, getting better and more proficient. I learned that ironing some of my boxer shorts and T-shirts was quick, surprisingly pleasant, and worth the effort.