Threats of Bioterrorism in Ukraine Are Part of a Long History 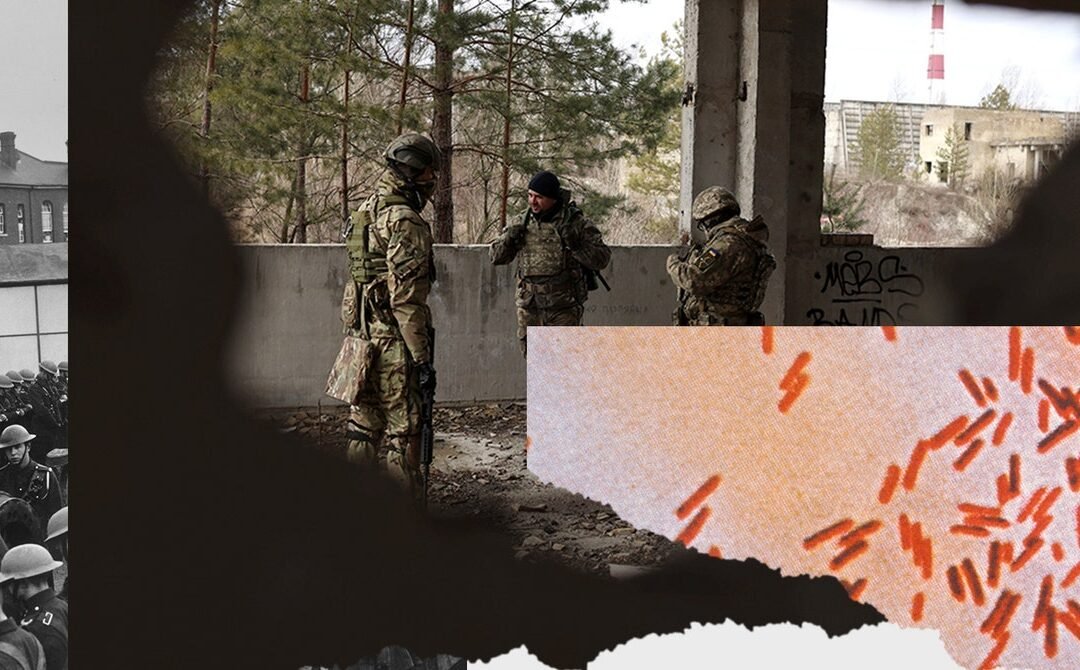 Few allegations are as damaging and difficult to counter as accusing somebody of deliberately spreading a disease. Unfortunately, global events have led to a distinct uptick in such accusations. Earlier this week, the White House warned that Russia could be planning a chemical attack in Ukraine. And Russia’s Foreign Ministry recently accused the US of having established secret bioweapons laboratories in the country. It’s an unfortunate, but perhaps not surprising, escalation of the conflict.

Spurious allegations of biological warfare and lab leaks are not particular to the Ukraine war, nor are they novel. Instead, they regularly surface during moments of crisis and uncertainty, such as the Korean War or ahead of the 2003 Iraq invasion. These events and others from the past hundred years have shown that we would do well to be wary of underlying agendas among those engaging in finger-pointing. We should also not underestimate the long-term damage and unexpected afterlife these allegations can have.

One of the earliest biowarfare scares took place a century ago, in 1920, when news hit of an alleged plot by the Irish Republican Army (IRA) to disseminate typhoid and glanders among British troops in Dublin. Similar to current biowarfare allegations, the public discourse surrounding the alleged “typhoid plot” highlights the importance of geopolitical interests and targeted (dis)information campaigns in shaping interpretations of disease outbreaks and threats.

Between 1914 and 1918, the first world war had inaugurated a new era of industrialized mass killing—including the weaponization of chemical substances like mustard gas and biological agents. In 1915, Germany initiated attempts to sabotage Allied troops by spreading anthrax and glanders among horses. While the scale and strategic value of these early attacks were limited, their effect on the imagination of military planners and civilians was significant.

After 1918, bacteriological weapons were simultaneously perceived as a great taboo that civilized nations should not engage with and an emerging field of warfare that required investment in offensive and defensive capabilities. The relative ease with which pathogens could be cultured also meant that nongovernmental actors such as anti-colonial movements were now theoretically capable of developing lethal weaponry.

It was in this context that news of the alleged IRA typhoid plot broke on November 18, 1920. In Ireland, the British government had been engaged in a full-blown anti-insurgency campaign since 1919. Allegations of IRA bioterrorism came at a critical moment when British planners were deliberating whether to escalate anti-insurgency measures.

During a raid, British troops had discovered an alarming letter anonymously written to the IRA’s chief of staff, Richard Mulcahy. In it, an anonymous source discussed spreading typhoid via milk among British troops stationed in Dublin and infecting horses with glanders. With typhoid, the writer knew of “no other ordinary disease which could spread amongst the troops but ensure the safety of the rest of the population.” General Ormonde Winter, head of British intelligence at Dublin Castle, had couriered the letter to Westminster as a matter of urgency.

News of the alleged plot caused furor. Focusing on the planned weaponization of typhoid, which was a heavily stigmatized disease of filth, British and Commonwealth journalists immediately drew parallels between the IRA and German sabotage, legitimizing a potential intensification of Britain’s anti-insurgency campaign. British officials amplified public outrage by highlighting the nefarious nature of weaponizing microbes. They also used the plot to challenge the moral legitimacy of the republican cause with Prime Minister David Lloyd George, who had already described the IRA as a gang of murderers, allegedly refusing to receive a deputation from the Irish peace conference.