President Trump’s executive orders seeking to ban China-owned WeChat and TikTok in the US had been signaled for months. When secretary of state Mike Pompeo told Fox News in early July that the US was “looking at” clamping down on the social media apps, the writing was on the wall. But when Trump followed through with the announcement on Thursday it was still a shock to Chinese people living in the United States, including many who are US citizens. The assault on WeChat was particularly stunning and perplexing.

TikTok is mainly used by millennials and Gen Zers of all kinds to show off their dance moves, cakes, pranks, or makeup techniques, and it also may have gotten under Trump’s skin when some of his young opponents used it to try to sabotage his last (less-than) big rally in Tulsa, Oklahoma, in June.

Rong Xiaoqing is a reporter for the Chinese language Sing Tao Daily in New York. Her articles appeared in Foreign Policy, the National Review, The New York Times, the New York Daily News, the South China Morning Post, and China Newsweek, among other publications.

WeChat, on the other hand, is mainly favored in the US by most of the country’s more than 3 million Chinese immigrants of all ages, both to communicate with other Chinese in the country and with people back home in China, where it is ubiquitous and has most of its billion-strong user base. In China, WeChat is about as powerful as Twitter, WhatsApp, and Facebook are combined in the US.

In recent years, WeChat has been partially hijacked by conservative thinkers in the Chinese community. Indeed, it was the birthplace of Chinese Trumpism in 2016, and it’s where many of the president’s Chinese supporters are mobilizing for his reelection. With the election less than 90 days away, and (if the executive order is actually executed) as WeChat might be paralyzed by late September, some Chinese Trump supporters are wondering if the president realizes the implications of what he’s doing.

To be sure, the real impact of the executive orders is still subject to the government’s interpretation. The orders declare that “any transaction” related to WeChat, TikTok, or their parent companies—Tencent and ByteDance, respectively—be prohibited 45 days after August 6. What “transaction” means won’t be spelled out until around the time the orders come into effect.

While TikTok’s US operations may be sold to Microsoft or another American company before the deadline, WeChat is unlikely to be saved. To many Chinese living in the US, the app may have been sentenced to death.

To them, a ban on WeChat means they won’t be able to talk to their families in China anytime they like, nor exchange information with one another about everything from the latest movies to breastfeeding, often in specialist chatting groups.

It means American businesses will find it hard to communicate with their Chinese suppliers, customers, or partners, and Chinese students—who’ve already faced a battering over allegations of espionage and various immigration controls—will be less likely to come here to study.

It also means the last effective two-way channel between China and the US will be closed, as all other non-China-owned communication apps are banned in China. To be sure, WeChat has been used by trolls in China to spread disinformation about events in the US, China, and the world, but it also gave people living here the chance to counter them with the truth.

If the WeChat clampdown had occurred six months ago, it would have made it much more difficult for Chinese in the US to locate and import millions of pieces of invaluable personal protective equipment that were donated to hospitals, clinics, nursing homes, and police precincts here.

It’s the restraints on his own supporters that could backfire most for Trump with an election looming.

The Democrats used to be able to assume they had overwhelming support from the Chinese community in the US. But in recent years, some new immigrants have put their feet firmly in the Trump camp. This is partly because of his pro-business policies, but also because they feel Democrat leaders in cities like New York have ignored concerns about education and law and order policies in particular. 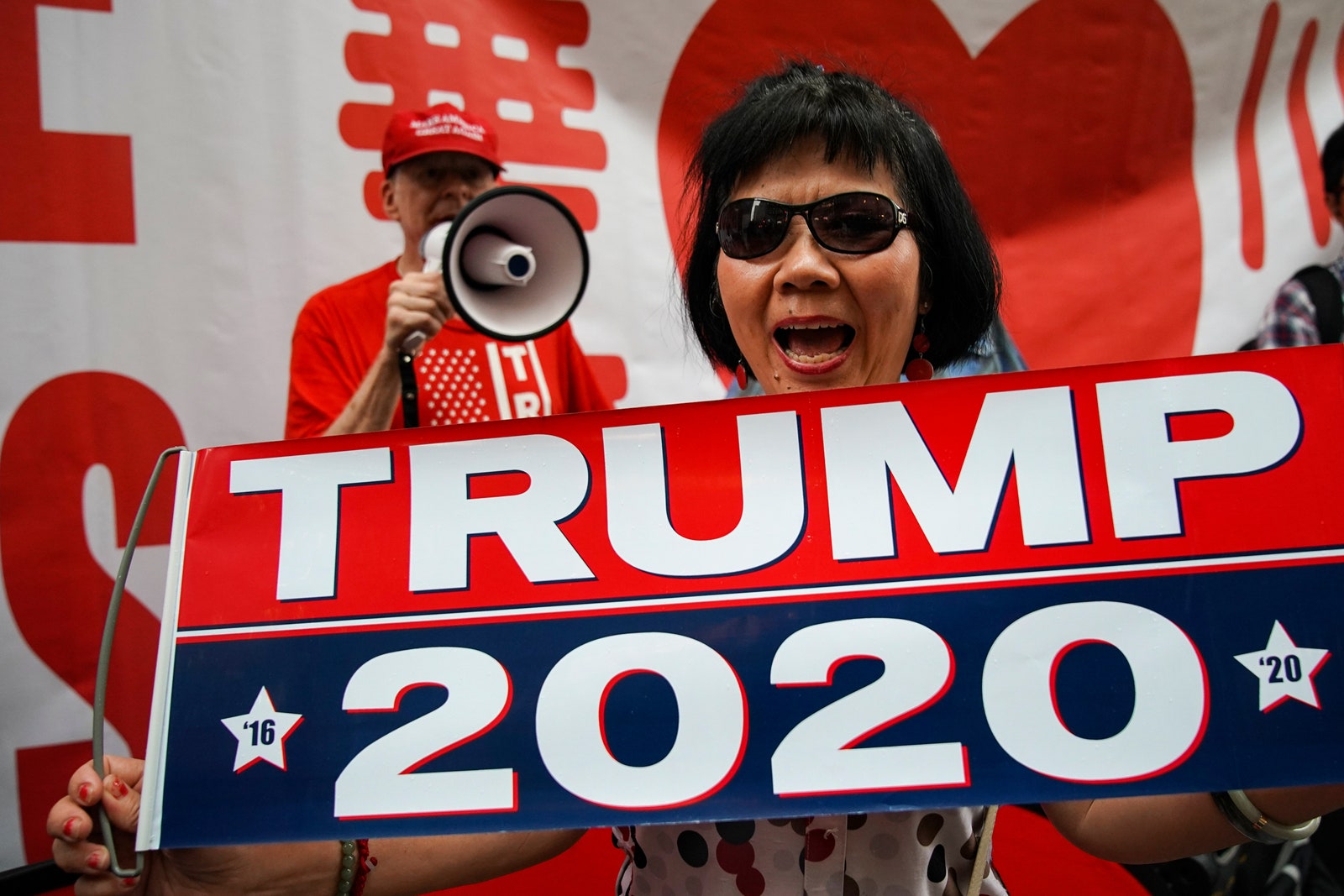