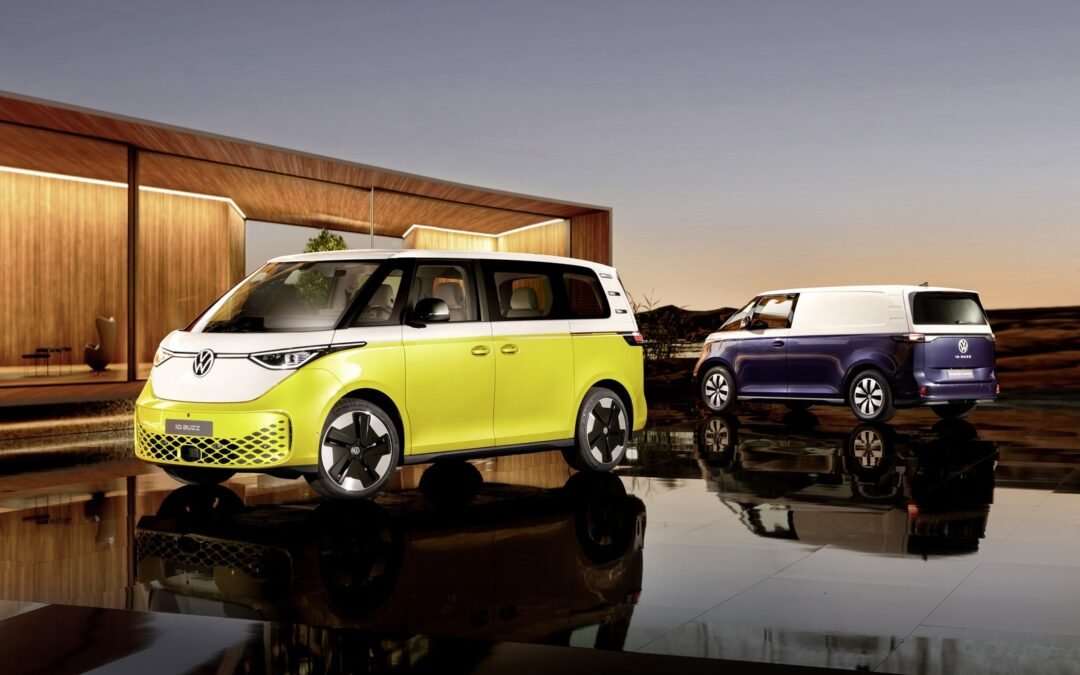 Yes, it’s finally here. After years of glimpses and half reveals, Volkswagen has taken the covers off the production version of its all-electric ID Buzz. And like all the EVs we like most here at WIRED, it’s got character—bags of it. Probably a lot more than can be squeezed into its microbus proportions.

With a flat front, long wheelbase, short overhangs, and a styling that pleasingly echoes the hippie bus of old, the ID Buzz is a world way from VW’s more recent, not entirely successful, forays in EV van territory. Despite the VW T1, or “Bulli,” looks, this multipurpose vehicle is actually based on the same platform as the ID.3 electric hatchback. This means the ID Buzz has a 201-bhp, 150-kW electric motor driving the rear wheels. The on-board battery is 77 kWh, and while there isn’t a confirmed range for the ID Buzz yet, we can expect around 250 miles.

The ID Buzz people carrier and ID Buzz Cargo van also have 170-kW charging, so that battery can be charged from 5 to 80 percent in 30 minutes if you can find a powerful charger. The Buzz also apes the skill we like best on the Kia EV6, as both models will have bi-directional charging as standard. What does this mean? Not only should you be able to use your Buzz to power household appliances like a juicer or blender or TV, you can, in theory, put power back into the grid. Indeed, VW is even suggesting owners can use the feature to cut energy bills, by charging a Buzz during the day on cheap electricity, then feed this back into your home storage battery (if you have one) for use in the evening. The power transfer and auto communication to do this take place via a special DC bi-directional wall box.

Production of the ID Buzz begins later this year, with first deliveries due in the autumn in Europe. For those obsessives waiting for the all-electric ID Buzz California camper van, that likely won’t be surfacing until 2025 at the earliest. For now, the people-carrying Buzz will have to do.

But there’s a lot of detail here to celebrate. In the Buzz there’s room for five people and their luggage, with 1,121 liters (40 cubic feet) of capacity. If the second row of seats is folded, that capacity increases to up to 2,205 liters (78 cubic feet). You get the choice of either two or three seats up front. For Cargo users, a fixed partition separates you from the 3.9-cubic-meter (138-cubic-foot) rear space.