Want to Look Inside a Brain? With Transparent Organs, You Can 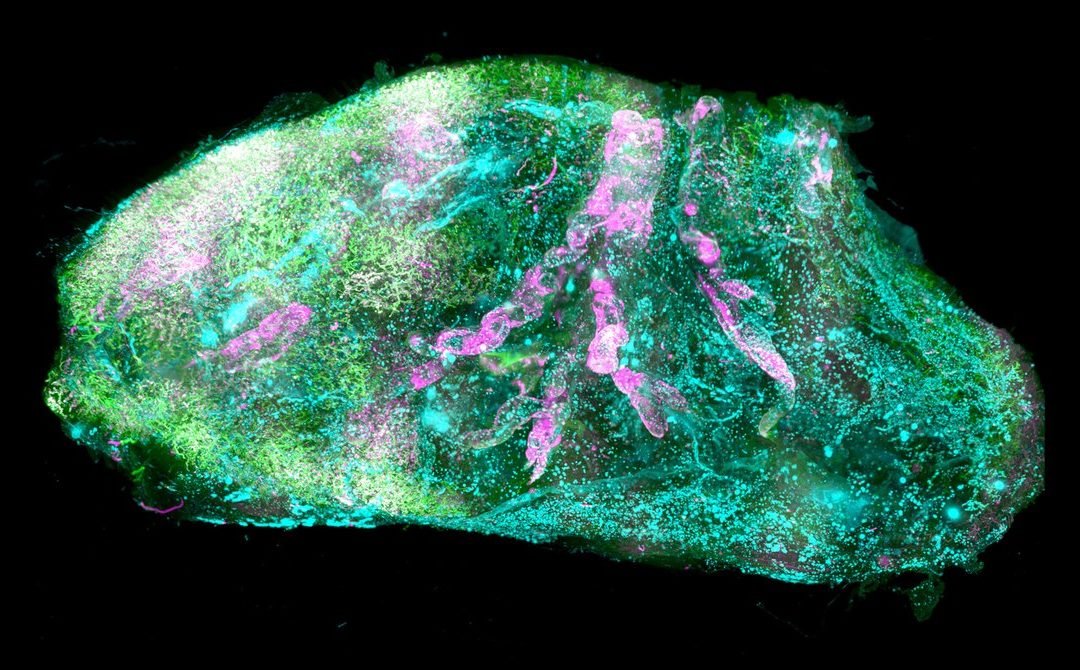 Your organs are a lot of things—a powerful computer (in the case of your brain), detoxers (your liver and kidneys), breathing devices (your lungs). But there’s one thing they’re decidedly not: transparent.

That’s unless you’re Kevin Bacon in The Invisible Man, or if your organs end up in the lab of Ali Ertürk, director of Helmholtz Munich’s Institute for Tissue Engineering and Regenerative Medicine. Writing in the journal Cell, Ertürk and his colleagues detail how they’ve treated human organs to make them see-through. Next, by adding special dyes to the now-transparent organs, they can map kidneys, eyes, and brains on a cellular level, which could one day help scientists 3D-print versions of them.

You don’t have to turn a brain transparent to see inside it, of course. An MRI can image the insides of a brain in detail, and a functional MRI (fMRI) measures brain activity by looking at blood flow. But to get at what’s happening on a cellular level, normally you would have to section the brain, damaging it as you cut into it. The beauty of this new technique is that the researchers can keep a transparent organ entirely intact while still peering deep inside it, seeing right down to the cellular level. They can image networks of teeny-tiny blood vessels, undisturbed in their natural arrangement. For example, in the kidneys, they can see tufts of fine capillaries known as glomeruli structures, which help filter urine.

You may have already seen Ertürk’s previous work making mice transparent to study how they respond to injury. (Dead mice, to be clear.) Working with human organs, though, the team ran into a problem: stiffness. The mice they used in the earlier experiment were only a few months old, so their tissues were nice and soft, allowing chemicals to penetrate them. The human organs they had to work with were from much older individuals, and they had accumulated gobs of stiff molecules like collagen over the years—a perfectly natural fact of life, by the way.

“We had to somehow find a way to relax this stiffness,” says Ertürk. The solution—in more than one sense of the word—was a “zwitterionic” detergent (read: not available in your average drug store) called CHAPS, “which could penetrate through these stiff molecules and form small channels that would then allow the passage of the solution.”

The team could then dehydrate the organ with alcohol and remove the lipids, or fats, by using the solvent dichloromethane (which is also used to decaffeinate coffee). Because this process entails removing so much material, each organ was also pretreated with paraformaldehyde so it wouldn’t decompose, collapsing in on itself during the process. “So everything is fixed in time and space,” says Ertürk.