Watch Trump Give the 2020 State of the Union 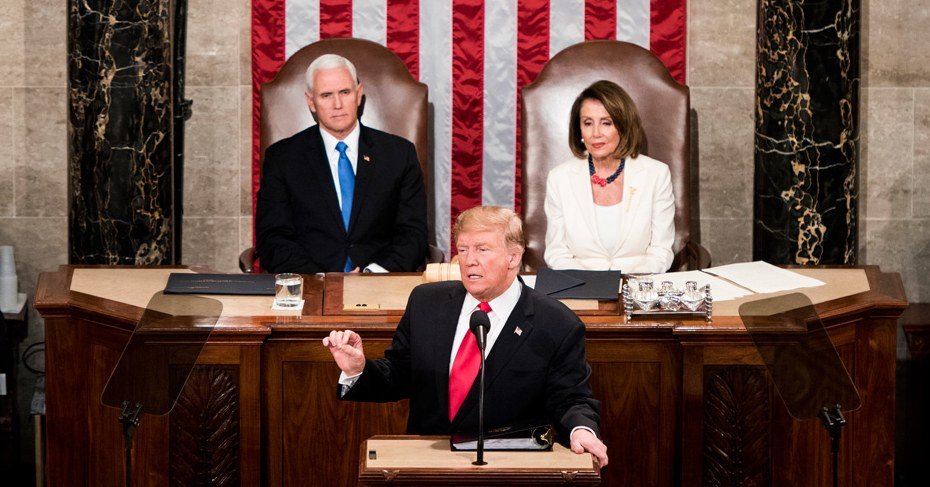 President Donald Trump is set to deliver his third State of the Union address Tuesday night in what’s shaping up to be a particularly busy news week in the United States. The country just witnessed a mess of a Democratic caucus in Iowa Monday, and on Wednesday the Senate is scheduled to vote on the articles of impeachment brought against Trump. The president may not address these issues directly in his annual speech before Congress, but they’ve certainly been on his mind (and his Twitter feed).

Instead, expect Trump to tout his record on the economy, immigration, and national security, based on the list of guests released by the White House hours before the event. They include the deputy chief of the US Border Patrol, beneficiaries of Trump’s economic policies, and family members of a US service member who was killed in Iraq.

Trump is expected begin the State of the Union at around 9 pm ET (6 pm PT). Following the president’s speech, the Democratic response will be given by Michigan governor Gretchen Whitmer in English and Texas representative Veronica Escobar in Spanish.

There’s no shortage of options if you want to tune into the State of the Union. The White House is live-streaming the State of the Union from its YouTube channel. The speech will also be broadcast live by the major networks and cable news stations, including CBS, NBC, ABC, PBS, Fox News, CNN, and C-SPAN. Telemundo will air Trump’s speech and Whitmer’s response dubbed in Spanish. Many networks are also providing live-streams on their respective homepages, mobile apps for iOS and Android, and smart TV apps for devices like Apple TV, Roku, Amazon Fire, Chromecast, and Android TV. Some apps may require a subscriber log-in to watch, but there are plenty of free options available.

The easiest option might be to just bookmark this page: WIRED will also embed a live stream of the speech right here, starting just before 9 pm ET.