Both polar regions are losing marine ice. Ice shelves are breaking up into giant icebergs, more glaciers are retreating and at faster rates, less sea surface is freezing and for shorter periods. Simply put, the north and south poles are becoming less white and more blue. Yet the coldest parts of the planet are also producing some resistance to climate change. That is especially the case in Antarctica, where ice-sheet retreat will result in the expansion of “blue carbon” sites, expected to store up to 160 million metric tons of carbon annually on the seabed. The Southern Ocean is becoming Earth’s largest natural feedback on climate change. But this, too, is threatened.

Brendan Gogarty is a senior lecturer in law at the University of Tasmania. David K. A. Barnes is a marine ecologist for the British Antarctic Survey. Narissa Bax is a marine scientist for the Centre for Marine Socioecology at the Institute for Marine and Antarctic Studies. Rachel Downey is a marine biogeography PhD candidate at the Fenner School of Environment and Society.

Polar blue carbon provides an important but very complex ecosystem service that we are only just beginning to understand. As marine ice is lost in coastal waters, marine algae are blooming in higher densities, taking CO2 from the atmosphere to do so. Some of this sinks to the seafloor and is buried, and some is eaten by animals who are buried upon death. This “blue carbon sink” has doubled in the last two decades. As the climate warms, ice in polar seas decreases, marine life is clawing back via carbon sequestration.

Forests worldwide presently convert and store more carbon dioxide, but almost all of it is released within a short time into the atmosphere through respiration, decomposition, or disturbance. In contrast, polar sea beds punch above their weight by immobilizing a part of the carbon as semi-permanent calcareous structures, making it easier to avoid microbial breakdown on death and burial. This locks carbon out of the atmosphere for millennia or longer, resulting in long-term sequestration of atmospheric carbon dioxide. 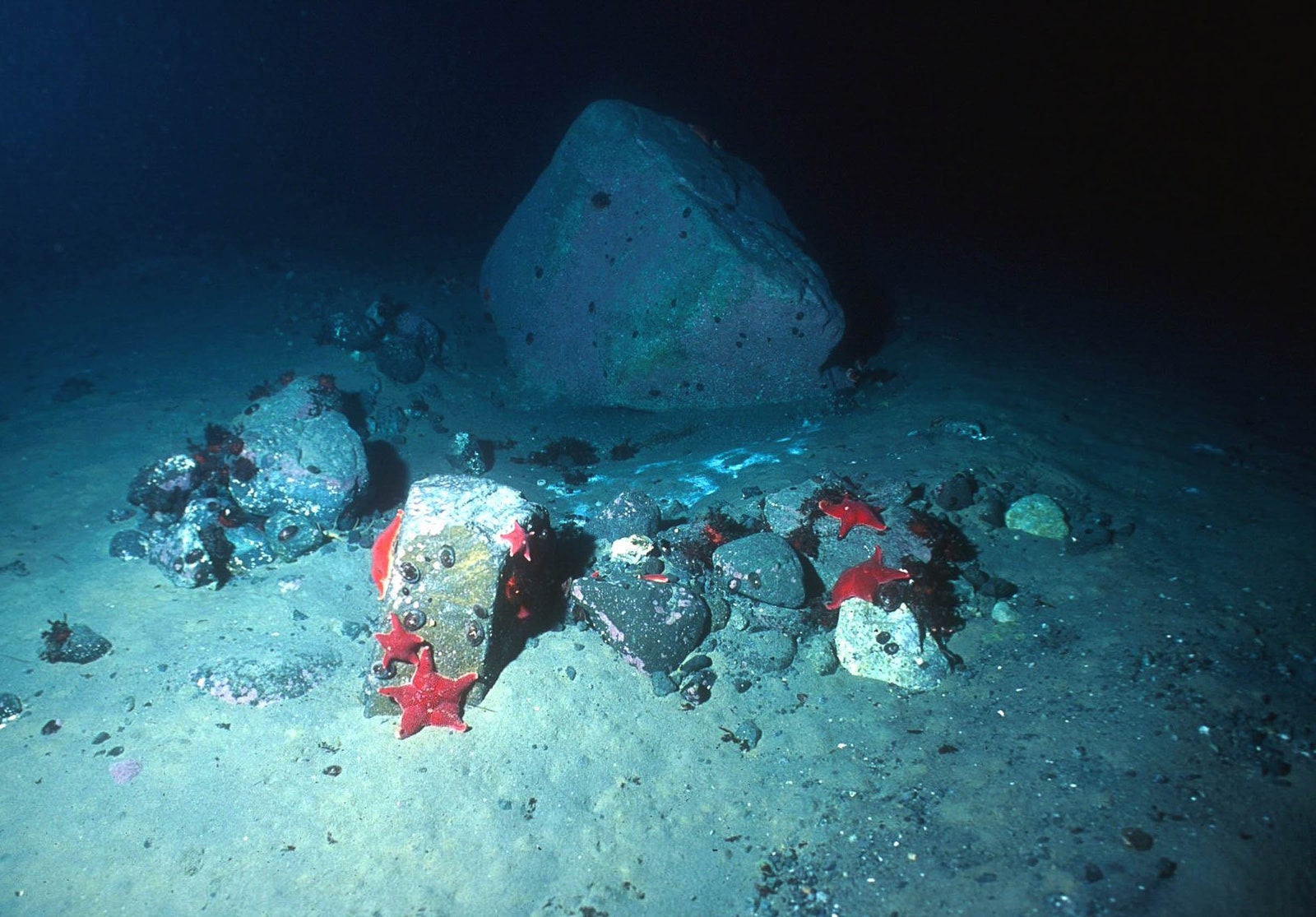 However, these areas of emergent biodiversity are likely to face a range of natural and human threats. Antarctic blue carbon is developing in areas where fishing is not yet occurring. But as this carbon is sequestered over centuries, these areas may become both more biologically diverse and more accessible and endangered by human interference. As a consequence, we must take a long-term view on their protection. Current research does provide viable methods to identify, scale, and estimate blue-carbon sequestration value around sample sites, and their vulnerability to natural forces and human activity. (Follow the latest expedition to map and measure blue carbon emerging from glacier retreat: @icebergs_jcr.) Much more work needs to be conducted on Antarctic seabed blue-carbon dynamics, biological community buffering, and resilience to human activity, especially across spatial scales in different regions. Until these factors are better understood, it is essential to adopt a precautionary approach to protecting and promoting these globally important ecosystems.

Unfortunately, international governance of the area south of the Antarctic convergence creates a wicked legal problem. It’s the result of the complex history, regime dynamics, and jurisdictional framework of the international laws governing Antarctica and the Southern Ocean. In simple terms, the Antarctic Continent and its ice shelves are recognized as a “natural reserve” under international law, but the surrounding ocean is akin to a “high seas” fishery. So as ice shelves retreat, so does the natural reserve status, precisely at the time blue-carbon zones need strong legal protections. While the Southern Ocean fishery that replaces the natural reserve is managed under conservation-focused regulations, legally binding protections need to be made between Antarctic fishing states. But many have already opposed agreements on Marine Protected Areas in the Southern Oceans, areas much smaller than predicted blue-carbon sites.