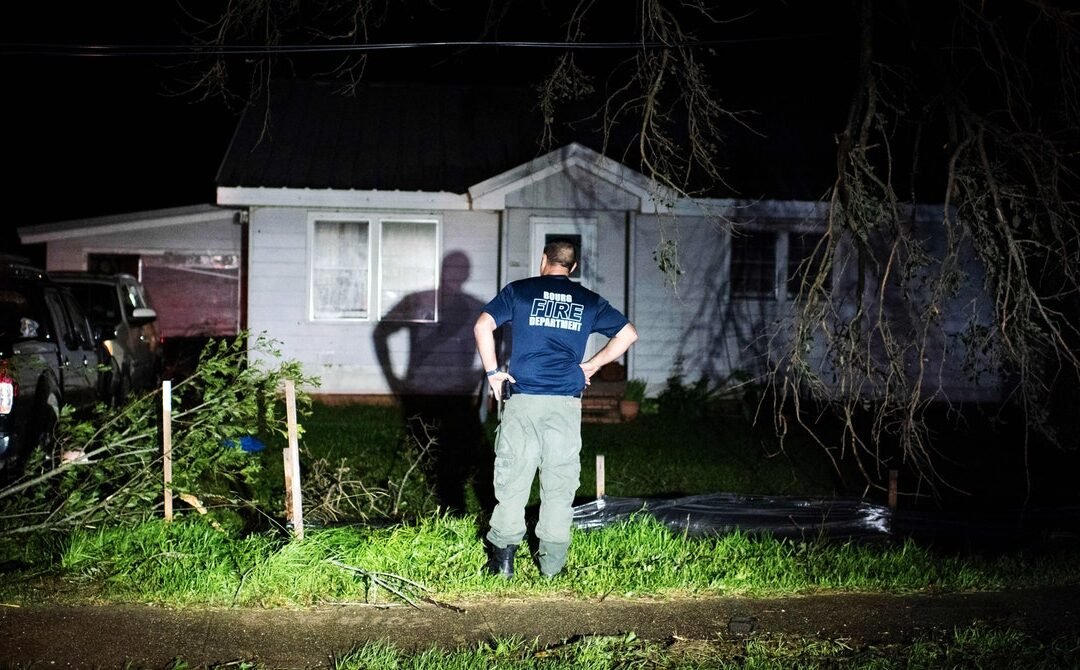 Two days after Hurricane Ida tore through, New Orleans and its surrounding area remain almost totally without power. Levees, floodwalls, floodgates, pumps, and other protections prevented massive flooding, but Ida knocked out all eight transmission lines into the city, plunging it and nearby parishes into darkness. Getting the lights back on will be an arduous process that doesn’t yet have a clear timeline—but it starts with a massive reconnaissance effort.

Entergy and other local utilities says they will need days to complete preliminary scouting and debris removal as they triage the situation. “Electricity is practically nonexistent for most people in Southeast Louisiana,” Governor John Bel Edwards said on Monday evening. “I can’t tell you when the power is going to be restored and tell you when all the debris is going to be cleaned up, and repairs made, and so forth.” Edwards reiterated on Tuesday that his office had no estimate for when power would return.

The utilities warn that it could take three weeks or more to restore power to every single customer, an estimate based on past recovery times, like after Hurricane Gustav in 2008 and Isaac in 2012. After Hurricane Katrina’s devastation in 2005, it took about 40 days for power to come back across the region.

Those repeated disasters mean that utilities have a recovery playbook for storms like Ida. But knowing what order to run those plays in depends entirely on the unique conditions left behind by each hurricane—which regions remain inaccessible for days due to flooding and which specific components of the system need extensive repairs.

Assessing the damage starts with a massive effort from more than 20,000 utility workers, a force drawn from both local employees and reinforcements from other utilities around the country. In addition to driving around to check equipment along every inch of local power lines, crews also assess failures and damage at power plants, voltage transformer stations, and substations. Crews use drones and helicopters to conduct aerial surveys as well. And while they wait for floodwaters to recede, they take boats to start getting a handle on the damage in areas that remain underwater.

One of the most important components to evaluate in the Ida recovery is the condition of the transmission system. Main transmission lines make up the backbone of a power grid, conveying high-voltage electricity over long distances to connect electric generation sites like power plants with the substations that feed local power lines to customers.

New Orleans has eight of these high-voltage transmission lines; Entergy said on Tuesday that it was still working to understand the failures along each of them. In parallel, the company is working to repair its power plants; ideally, they’re ready to produce power by the time the transmission system is able to deliver it. Entergy says it is also exploring the possibility of using local generators to feed power lines directly without the need for a fully operational transmission system.

“There’s no one right way, because every storm is different.”

Just outside New Orleans, a tall transmission tower, also known as a lattice tower, fell on Sunday night as a result of Ida’s strong winds. The tower, which had memorably remained standing during Hurricane Katrina, dumped its power lines and conductor into the Mississippi River as it collapsed. Crews will need to rebuild the tower and replace all of its equipment, a time-consuming construction process. Depending on the condition of other transmission lines, the project could become a choke point or simply one of the many parallel efforts.

“The damage from Hurricane Ida has eliminated much of the redundancy built into the transmission system, which makes it difficult to move power around the region to customers,” Entergy said in a statement on Tuesday.