What the Pentagon’s New UFO Report Reveals About Humankind 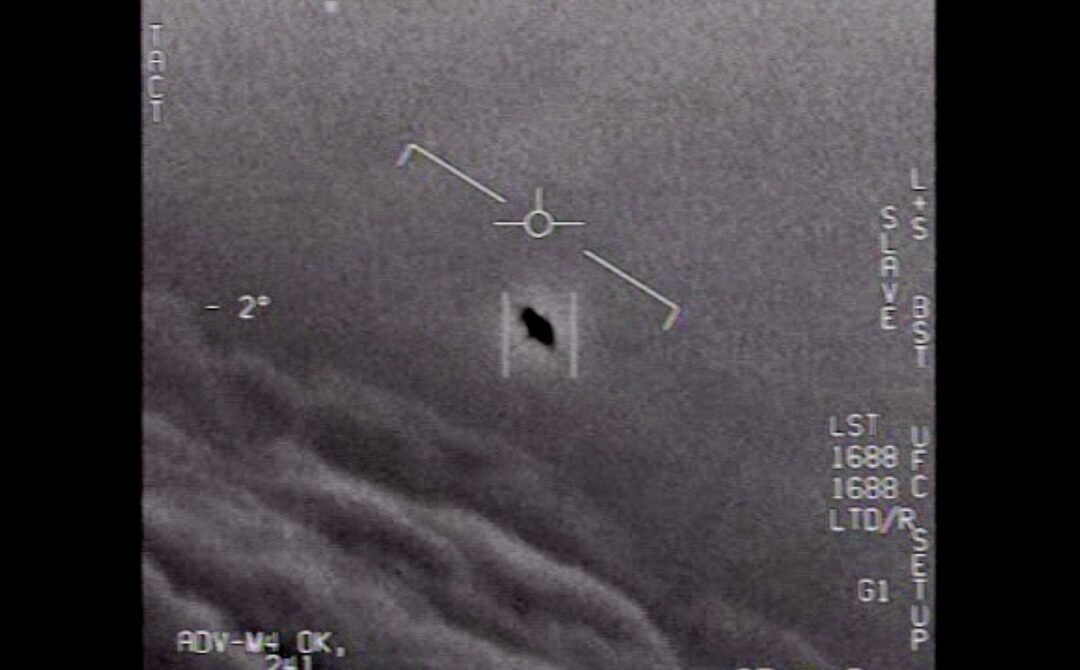 It was perfectly reasonable for the Department of Defense to be concerned that these represented some kind of advanced Soviet technology, and so the Air Force launched Project Sign and Project Grudge in 1947 and 1948, respectively, to study UFO sightings among its soldiers. The longest such investigation, Project Blue Book, ran from 1952 to 1969 and ended with the public release of the Condon Report, which concluded that the study of UFOs was unlikely to yield much of interest.

Each of these documents has stated that the vast majority of these sightings can be traced back to some common object—a bird, plane, or planet, Dorsch says. But a certain slim percentage of encounters have always remained unidentified, and the military has vowed to keep investigating them. True believers hold up these unknowns as potential evidence of visitors from somewhere else.

“The chances of this technology being Russian or Chinese is infinitesimally small,” says Semivan, speaking about the objects captured in the Navy videos released in recent years. “These things have been flying around since the ’40s, and the Russians would have won the Cold War if they had this technology back then.”

The way he and DeLonge see it, there are really only three options that can account for what people have been spotting over the years: the extraterrestrial, the interdimensional, and the ultra-terrestrial, meaning members of a lost human civilization here on Earth, à la Atlantis.

“Either there’s a group so much more advanced that we never knew they were here,” DeLonge says, “or they’re popping in and out of what we can perceive, and using machinery to do that.”

But before rushing off into such flights of fancy, it might be good to consider that another group of sky watchers, astronomers, rarely report seeing unidentified aerial phenomena. “No one would be happier than astronomers if UFOs turned out to be alien spacecraft,” says Andrew Fraknoi, a retired astronomer and member of the Committee for Skeptical Inquiry (CSI), which promotes critical investigation of extraordinary claims. “Imagine getting to talk about astronomy with creatures that traveled through the stars.”

When giving public talks, Fraknoi likes to play with his audience by telling them he believes in UFOs. “I believe there are objects out there the average person can’t identify,” he clarifies. “The issue is: Can we make a UFO into an IFO, an identified flying object?”

In his opinion, it’s quite possible that extraterrestrial beings exist, perhaps even intelligent ones. Plenty of researchers hope to use probes to investigate potentially habitable places in our solar system like Mars or Jupiter’s moon Europa, or catch a whiff of a strange gas on a distant planet that might indicate it is a living world, as in the recent controversial paper about the possibility of phosphine on Venus.

As a member of the Board of Trustees of the Search for Extraterrestrial Intelligence (SETI) Institute, Fraknoi also thinks our observatories may one day accidentally eavesdrop on an alien transmission. But each of these scenarios is a far cry from the idea that we are being visited by little green individuals.

The current craze over UFOs is in many ways traceable back to To the Stars. In 2017 the group, along with The New York Times, released the mysterious US Navy videos that purported to capture freaky aerial objects, helping to prompt official confirmation from the US military that these videos were real. While a number of people have attempted to debunk such footage, other high-profile publications, including The New Yorker, subsequently published credulous alien articles, leading members of Congress to include in their December 2020 omnibus spending and coronavirus-relief legislation a provision ordering the Defense Department to deliver a UFO report within six months.