What’s the Matter? We Explain the New Smart Home Standard 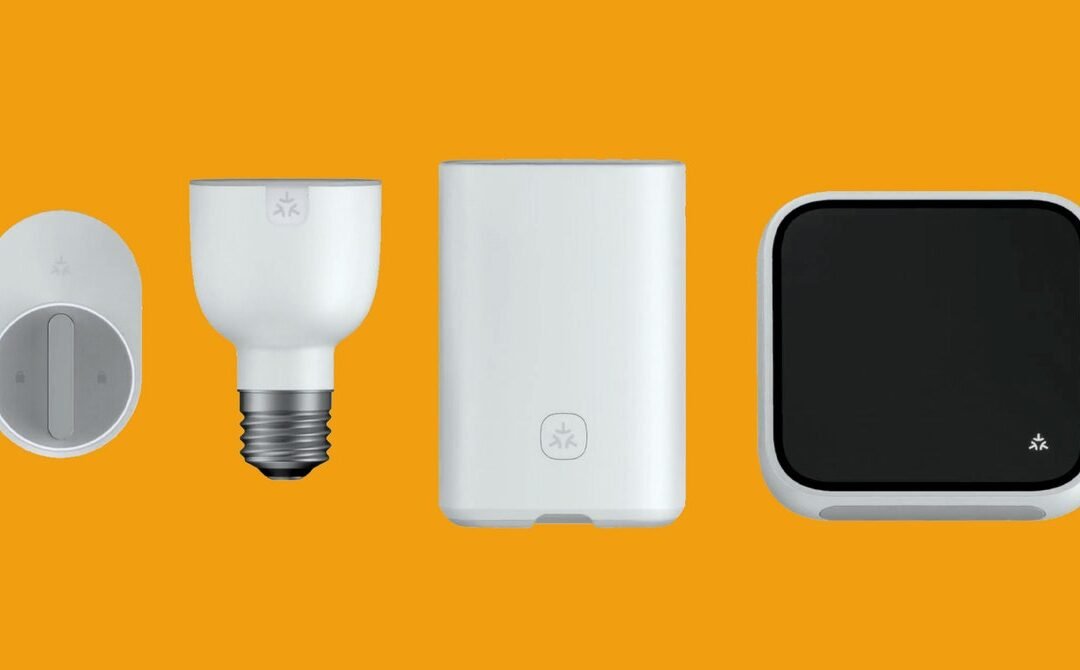 The ideal smart home seamlessly anticipates your needs and instantly responds to commands. You shouldn’t have to open a specific app for each appliance or remember the precise voice command and voice assistant combination that starts the latest episode of your favorite podcast on the nearest speaker. Competing smart home standards make operating your devices needlessly complicated. It’s just not very … well, smart.

Tech giants try to straddle standards by offering their voice assistants as a controlling layer on top, but Alexa can’t talk to Google Assistant or Siri or control Google or Apple devices, and vice versa. And so far, no single ecosystem has created all the best devices. But that may be changing. Formerly called Project CHIP (Connected Home over IP), the open source interoperability standard known as Matter will finally launch later this year. Some of the biggest tech names have signed on, like Amazon, Apple, and Google, which means that seamless integration may finally be within reach.

Matter promises to enable different devices and ecosystems to play nicely. Device manufacturers will comply to the Matter standard to ensure their devices are compatible with smart home and voice services such as Amazon’s Alexa, Apple’s Siri, Google’s Assistant, and others. For folks building a smart home, Matter should enable you to buy any device and use the voice assistant or platform you prefer to control it.

The first protocol will run on Wi-Fi and Thread network layers and use Bluetooth Low Energy for device setup. While it will support various platforms, you will have to choose the voice assistants and apps you want to use. There is no central Matter app or assistant.

The Connectivity Standards Alliance (or CSA, formerly the Zigbee Alliance) maintains the Matter standard. What sets it apart is the breadth of its membership, the willingness to adopt and merge disparate technologies, and that it is an open source project. When the software development kit is ready, interested companies can use it royalty-free to incorporate their devices into the Matter ecosystem.

Growing out of the Zigbee Alliance gives Matter a firm foundation. Bringing the main smart home platforms (Amazon Alexa, Apple HomeKit, Google Home, and Samsung SmartThings) to the same table is an achievement. While it is optimistic to imagine a seamless adoption of Matter across the board, it has enjoyed a rush of enthusiasm with a wave of smart home brands signing up, including August, Schlage, and Yale in smart locks; Belkin, Cync, GE Lighting, Sengled, Signify (Philips Hue), and Nanoleaf in smart lighting; and others like Arlo, Comcast, Eve, and LG. There are more than 240 member companies in all.

When Will Matter Arrive?

Matter has been in the works for years. The first release was due in late 2020, but it was delayed to the following year, rebranded as Matter, and then touted for this summer. Now it has been delayed again until the fall. There’s always a chance of further delays.

The CSA says the latest delay was to accommodate more devices and platforms and ensure they all will work smoothly with one another before release. More than 130 devices and sensors across 16 development platforms (OS’s and chipsets) are working through certification, and there will be more come the fall.

If the specification does arrive this fall, more companies can apply for Matter certification, and we could see the second wave of smart locks, smart bulbs, and security sensors in time for the holidays. Assuming the release goes well, we expect several other smart home brands to climb aboard.

What About Other Smart Home Standards?

The road to smart home nirvana is paved with different standards, like Zigbee, Z-Wave, Samsung SmartThings, Wi-Fi HaLow, and Insteon, to name a few. These protocols and others will continue to exist and operate. Google will merge its Thread and Weave technologies into Matter. The new standard also employs Wi-Fi and Ethernet standards and uses Bluetooth LE for device setup.

Matter is not a single technology and should evolve and improve over time. It won’t cover every possible use case for every device and scenario, so other standards will continue to develop. The more platforms and standards merge with Matter, the greater its potential to succeed, but the challenge of making it all work seamlessly also grows.

Will Matter Work With Existing Devices?

Some devices will work with Matter after a firmware update. Others won’t ever be compatible. There’s no simple answer here. While many devices that currently work with Thread, Z-Wave, or Zigbee should be able to work with Matter, it’s not a given that they will get upgrades. It is best to check in with manufacturers about specific devices and future support.

The first specification, or Matter 1.0, covers only certain categories of devices, like: