Why Can’t I Stop Staring at My Own Face on Zoom? 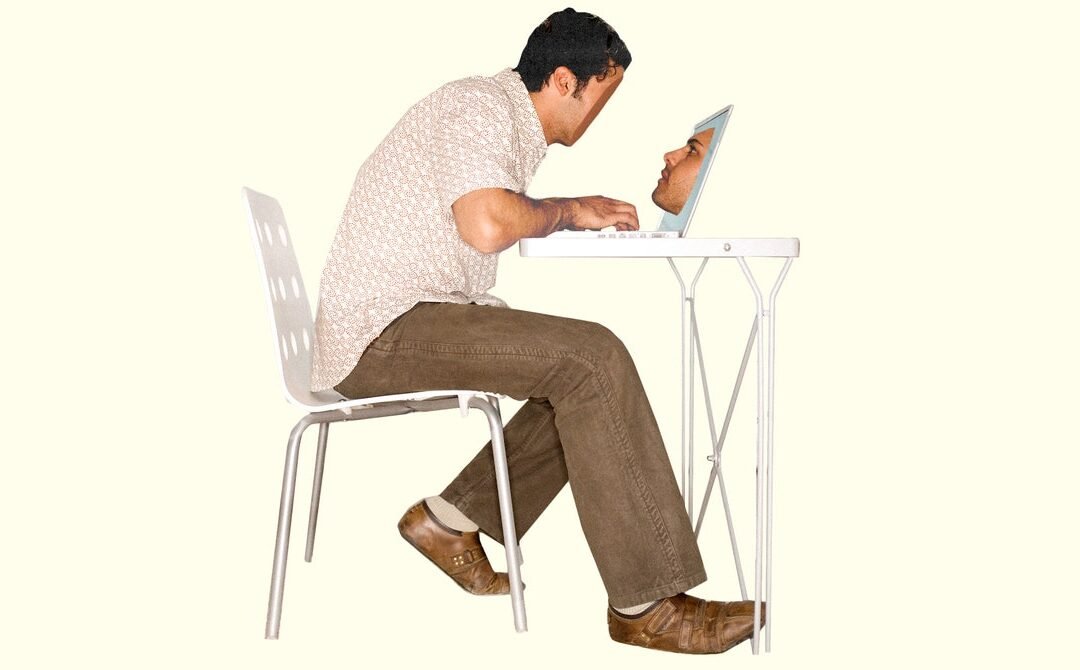 I don’t think I’m a particularly vain person, but whenever I’m on a Zoom call, I’m constantly looking at my own face instead of focusing on the other people. I’m not really admiring myself or scrutinizing my appearance. I’m just … looking. What is this doing to my self-image? Should I turn off the self-view to avoid becoming a total narcissist?

Turning off the self-view would seem to be the easiest solution, but it’s not one I would recommend—in fact, I’d strongly advise against it. From what I’ve heard, the sight of one’s image disappearing from the gallery inspires, almost universally, anguish, terror, and in some cases profound existential despair of the sort that Vladimir Nabokov claims to have felt when he came across family photos taken before he was born. It feels, in other words, as though you no longer exist.

Your larger query—about the possible side effects of staring at yourself all day—is more complex and extends beyond the question of whether you’re a narcissist, which I will venture is unlikely. (Fear of narcissism, at least in the clinical sense, is self-disqualifying: Only those who don’t fit the definition worry that they do.) It’s not as though you’re alone in this fixation, in any event. People who would never dream of looking at a photo of themselves for more than a few seconds nevertheless report, like you, an inability to look away from their own face floating on the screen during virtual classes or PTA meetings, a preoccupation so intense that vanity remains, for me at least, an unconvincing explanation. Perhaps the more relevant question is not what the platform is doing to your self-image but, rather, what has already happened to it such that you—like so many others—are unable to stop staring at your pixelated reflection.

Zoom, of course, is not an ordinary mirror, or even an ordinary digital mirror. The self that confronts you on these platforms is not the static, poised image you’re accustomed to seeing in the bathroom vanity or the selfie view of your phone camera—a blank slate onto which you can project your fantasies and self-delusions—but the self who speaks and laughs, gestures and reacts.

It’s strange to recall how rare this view of the self-in-action was until recently. In your former life, you may have occasionally caught a glimpse of yourself laughing in a bar mirror or momentarily become distracted by the sight of yourself speaking to the salesperson standing behind you in the department store mirror. But it wasn’t until a year ago that we were constantly, relentlessly, obliged to watch ourselves in real time as we interacted with others, to see our looks of dismay, our empathetic nods, our impassioned gestures, all of which appeared so different from how we’d imagined them, if we imagined them at all.

“Oh, would some Power give us the gift to see ourselves as others see us!” wrote the poet Robert Burns in 1786, a virtuous plea for the objective self-knowledge that most of us remain more conflicted about. The technological “powers” of our age have, by and large, given us the inverse capacity: to make others see us as we see ourselves. We’re used to having complete control over our image—the angle, the filter, the carefully selected shot among hundreds—and yet despite this, or perhaps because of it, there remains something fascinating about the unfiltered spontaneity of Zoom. The person you are seeing there is not the compliant reflection of your ego, but that most elusive of all entities: the self you become in the emergency of a social encounter, when all your premeditations fall away; the self who has always been familiar to your friends, family, and acquaintances while remaining largely invisible to you, its owner.

This desire—to see oneself as others do—is not in any way self-indulgent, but is crucial to forming and sustaining a viable sense of identity. Without getting too bogged down in theory and unnecessary references to Lacan, I’ll briefly mention that mirrors have a social function, in that they reveal the self as an other, serving as a portal to the third-person point of view. The ability to pass the mirror test—the moment when infants stop seeing themselves as fragmented collections of body parts and recognize their image, whole, in the mirror—is a crucial rite of passage, marking the child’s entrance into the social realm. The self is a fragile illusion that needs constant reinforcing, and this reinforcement happens most often through the gaze of other people, a process known in sociology as the “looking-glass self.” We form our identities in large part by imagining how we appear to others and speculating about their judgments of us.