Why Is Everyone Watching ‘Tiger King’? 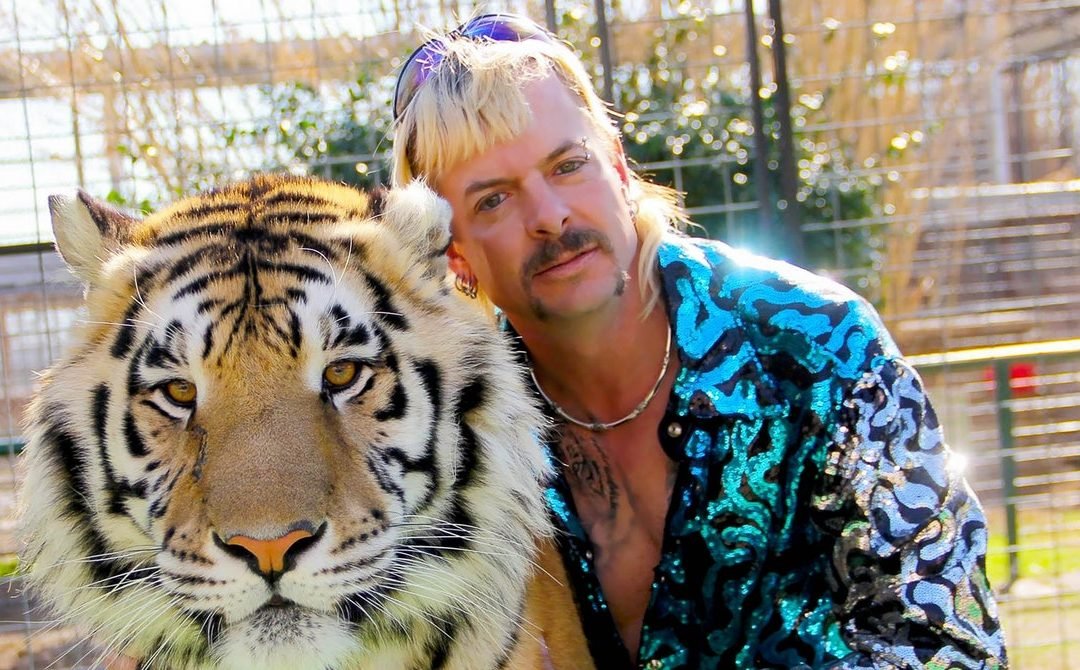 Over the last week, as countless stressed-out people have found themselves cocooned on their couches with a Netflix subscription and no place to go, one miniseries has grabbed viewers more than others: Tiger King: Murder, Mayhem, and Madness. Twitter these days is largely dominated by the coronavirus pandemic, but in the moments when people’s attention shifts to pop culture, it shifts to this seven-part documentary and its cast of compelling characters. But if the online chatter makes it sound more zany than sinister, don’t be fooled. It is a brutal and sickening binge.

For anyone who has seen the memes but doesn’t yet know the story, Tiger King outlines how the man born Joseph Schreibvogel, a flamboyant Oklahoma-based roadside zookeeper best known as “Joe Exotic,” wound up in federal prison after an attempted murder-for-hire scheme. Directors Eric Goode and Rebecca Chaiklin originally intended to make a documentary about the world of venomous snake trading, but changed gears after discovering Joe, who is a documentarian’s dream—garrulous, self-mythologizing but not self-aware, with imploring eyes that pop on camera and a personal life as chaotic as his professional one.

Joe’s outfits are very Lisa Frank, all sequins and neon, but his milieu is more Flannery O’Connor, a parade of Southern grotesques whom he embraces as fellow outcasts. His story is baroquely weird from the outset, and gets weirder still, with more polygamy, lip-syncing, and gubernatorial politicking than the average true crime yarn. There’s a side plot about search-engine optimization, and a side plot about the goings-on at an entirely different zoo. Every episode of the documentary contains a bounty of mesmerizingly odd details, from the way one of Joe’s loyal employees explains that he lost both legs in a tragic zip-lining accident to the way Joe’s former producer casually mentions how he lit himself on fire during his previous career in stunt journalism to the “Property of Joe Exotic” tattoo one of Joe’s husbands has on his pelvis. But for all of the kooky moments, the story’s central contours are plainly awful—at its sordid core, it’s about the abuse of both animals and humans, not a quirky romp about whimsical big-cat fanatics.

As the documentary progresses, Joe’s story curdles from that of a crude but essentially well-meaning local eccentric into that of someone both dangerous and cruel. The bulk of the narrative is devoted to unpacking Joe’s prolonged feud with a daffy Floridian millionaire named Carole Baskin. Like Joe, Carole keeps big cats and other wild animals in cages, and charges visitors to see them while paying her support staff meager wages. Unlike Joe, who openly breeds his cats for money, Carole markets her operation as an animal sanctuary—Big Cat Rescue—and has pledged to rid the country of breeding, growing a devoted online fanbase. Her Instagram’s huge.

Although the animals they keep have similarly grim living conditions, the rivals do not. Carole is a wealthy faux-hippie; Joe is a cash-strapped raw nerve. Carole accuses Joe of animal abuse, Joe accuses Carole of killing her late husband and feeding him to her tigers (a claim she denies). Carole’s weapon is her fat tiger-print pocketbook, as she can stay in legal battles long enough to ruin Joe financially. Joe’s weapons are more varied and far scarier. Sometimes his plots against Carole are goofy, like when he hires a lookalike to portray her in a homemade music video. But more frequently, they are cause for real alarm, as he fantasizes out loud about killing her again and again. Joe does not succeed in killing Carole. But he does claw his own life into tatters as he pursues her, as well as the lives of the people who are loyal to him, and the animals in his care.