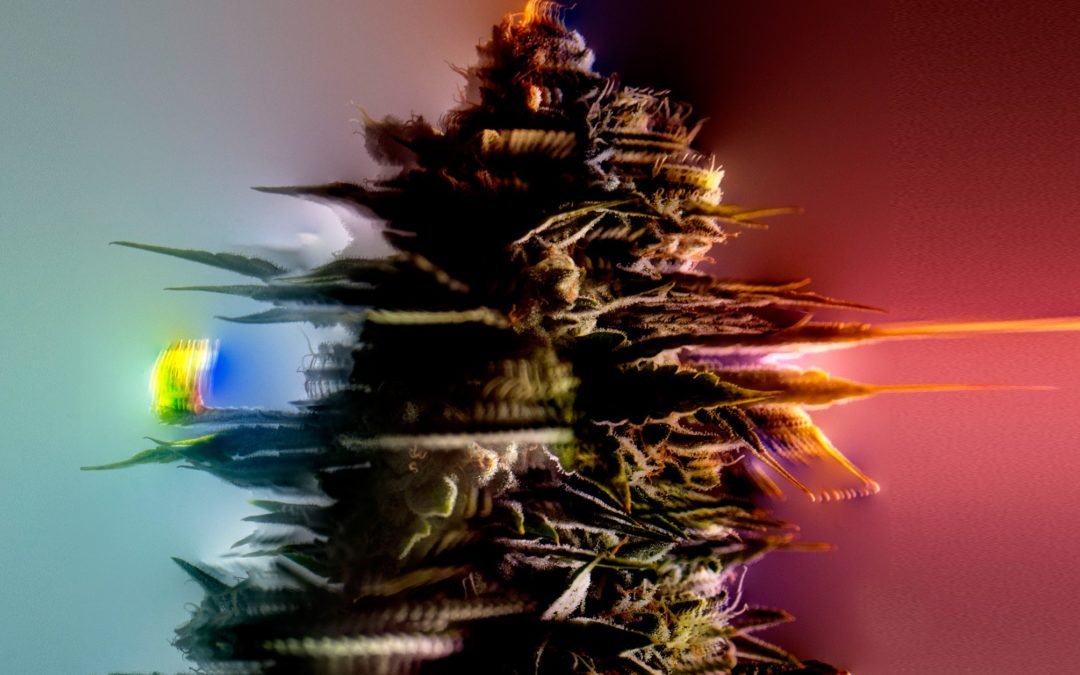 When I was 17 years old, two things held particular sway over my imagination. One of them was virtual reality. Neal Stephenson’s Snow Crash and the movie Lawnmower Man both came out that year, and while I had never heard of the technology that was bubbling through labs and startups thousands of miles from my Midwestern home, the idea of entering and truly existing inside a digital world became a source of endless fascination.

First off, yes, obviously. It’s one of the great vice-based rites of passage. But smoking unlocked something transformative in my brain. It wasn’t necessarily that it rendered aesthetic experiences more vivid (which it did), or that the euphoria that came along with that beat the hell out of most of the other emotions that otherwise define adolescence (which it did). It was that creativity and communication seemed to happen on a different frequency, a range uncluttered by self-consciousness and second guessing.

More than 25 years later, in news that would probably thrill 17-year-old me, both of those things are still part of my life. I’ve written about VR since it first reemerged in the early part of this decade. I’ve used it to meditate, to spend time with friends, to travel through space, and sometimes just to watch Netflix in a place that isn’t my living room. I have no idea how much time I’ve spent inside a headset, but between the exotic and the pedestrian it’s likely enough to qualify for dual citizenship with the metaverse.

As for cannabis: hell, it’s California. In New York, I had a delivery guy who kept his inventory in a fake tennis-ball can. Here, I can walk into a store, browse a laminated menu, and walk out with any one of dozens of strains, optimized for whatever mood or medium I prefer. You have a glass of wine with dinner, I have a little Gelato with some added terpenes. (Operative term here being “a little.” I’m not 17 anymore.) I’ve used it to meditate, to spend time with friends, to travel through—you get it.

So it’s with great trepidation that on this, the most annoying of days, that I unburden myself: I have never used VR while high. Never even considered it, despite their seemingly synergistic natures. And even though this pattern established itself organically, I’ve come to realize that it distills everything I think (and fear) about immersive technologies, and about the age of simulated experience that they herald.

As our screens and speakers and computers got better and better over the last 50 years, each new wrinkle brought with it an unspoken cultural dare: That high-def TV is cool, but did you ever watch it … on weed? Surround Sound, IMAX screens as tall as your apartment building, Pixar and ILM wizardry that made the impossible real. The draw wasn’t in a bigger, louder, sharper experience—it was how much more mind-blowing it would be in conjunction with tetrahydrocannabinol. Then flat screens gave way to something much, much realer, and the calculation changed considerably.

Had VR come along when I was in high school or college, rolling blunts or trying to achieve orbit via three-foot bong, I definitely would have crossed the streams. Alteration wasn’t just intrinsic to the experience, it was the very thing that I chased. As time passed, though, I sought just the opposite. Cannabis became a conduit into myself, a way to better notice my reactions and patterns, to look at my life and relationships from a different perspective. The immediate effects would fade, but I would retain an emotional memory of the experience—a memory that added to those that came before and after it, gradually coalescing into a clearer sense of self.

VR initiates a similar progression of alteration to awareness. Presence, the phenomenon by which your brain buys in to your virtual surroundings, brings with it a rush of novelty, an existential whoa-man that leaves you immediately wanting to turn up the intensity. Over time, though, you settle into presence and learn that it unlocks something much more replicable and sustainable than killer adrenaline-rush experiences—it deepens the time you spend with people, and with yourself.

I don’t know that I’d articulated any of that to myself when VR became a part of my life. What I sensed was that what I was doing and seeing and hearing and most of all feeling in virtual reality needed no embellishment. VR was, by its very nature, as still and centering as the perspective I’d come to relish from cannabis.

I’m not alone in my abstinence. Jaron Lanier, the father of modern virtual reality, famously eschews all drugs, but in his 2017 memoir, Dawn of the New Everything, he spends a bit of time exploring the parallels between VR and a famous psychedelic:

VR is sometimes compared to LSD, but VR users can share a world objectively, even if it is fantastical, while LSD users cannot. VR worlds will require design and engineering effort, and will be best when you are willing to make the effort to create and share your own experiences. It will be like riding a bike, not a roller-coaster ride.

Could you chomp an edible and head into a trippy celestial adventure? Go for it. For me, doing so would reduce VR to a spectacle, when in truth it’s more of a substrate—for exploration both internal and external. No need to overwhelm your senses when you’re redefining them altogether.