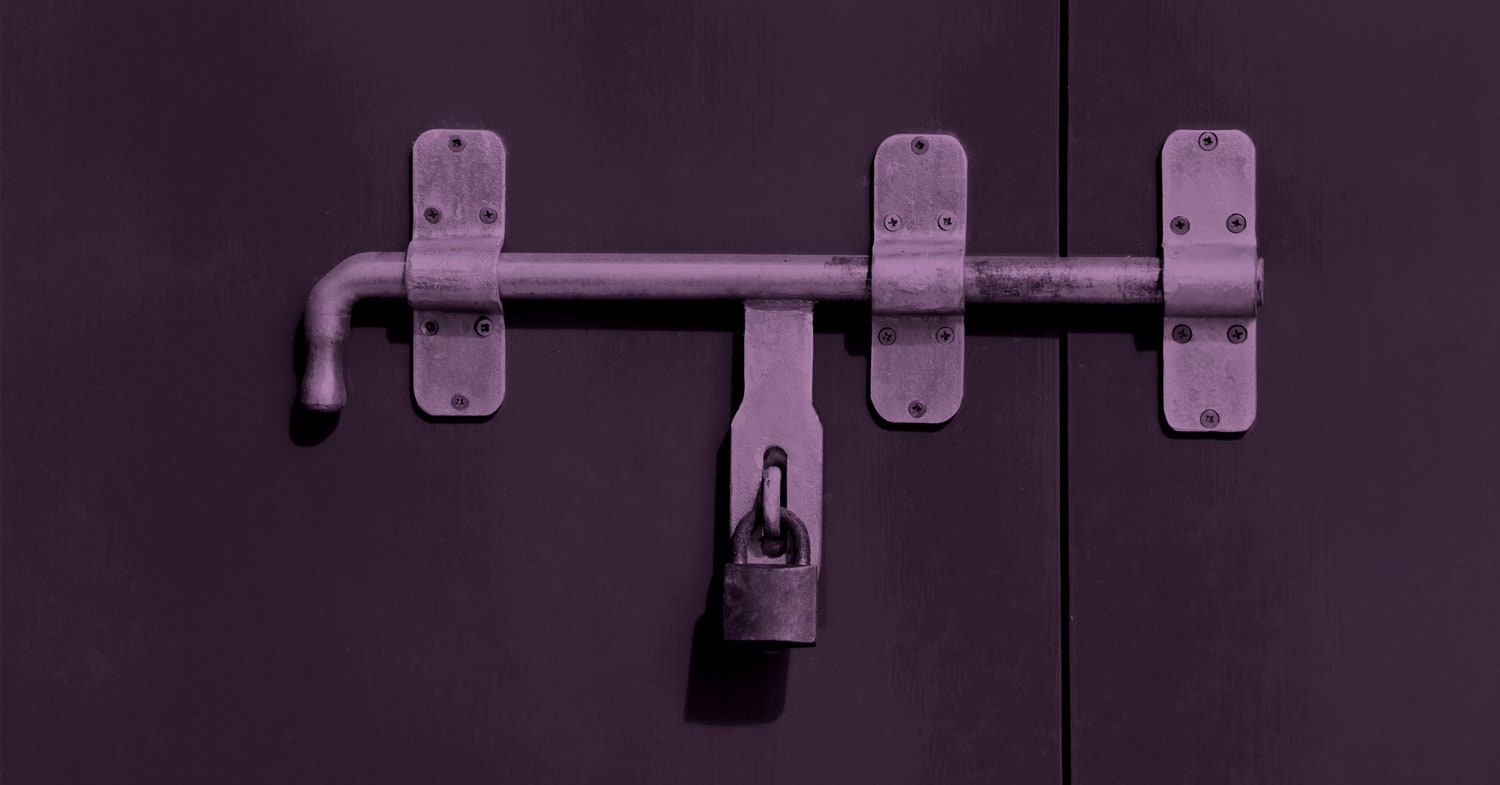 You would be forgiven if you read Mark Zuckerberg’s Wednesday post about Facebook moving to “A Privacy-Minded Vision for Social Networking” and thought it was either a deathbed conversion, a cynical ploy to avoid regulation and reassure users, or even just an absurd musing that the company has no intention of carrying out (much like the “Clear History” feature it announced almost a year ago, which has yet to materialize).

I know I thought, at various points, all three of the above, and lots of other things to boot.

It’s even possible that you took Mr. Zuckerberg at his word, as former Microsoft wunderman Steven Sinofsky did, and credited him with realizing which way the winds are blowing and moving there with thoughtfulness and haste.

In fact, Zuckerberg’s essay was likely about none of those things, nor was it about privacy at all (more on that later).

It was about WeChat, WhatsApp, and iMessage.

Zuckerberg’s post, minus the PR, was a product road map. It’s aimed at adapting his business to counter one of the only remaining competitive threats to Facebook and Instagram: messaging. And it was a clever way to dress up that pivot as a consumer-friendly privacy play. Win, win!

Molly Wood (@mollywood) is an Ideas contributor at WIRED and the host and senior editor of Marketplace Tech, a daily national radio broadcast covering the business of technology. She has covered the tech industry at CNET, The New York Times, and in various print, television, digital and audio formats for nearly 20 years. (Ouch.)

Facebook, the core product, is collapsing. I know that seems like a strong statement given the company’s 2 billion users, but, in fact, the News Feed is a wasteland of reposted memories, divisive propaganda, and the occasional baby picture. US users are abandoning it by the millions, user growth is flat, and personal sharing has been on the decline for years.

Regulation and even antitrust investigations are looming. Even a handful of advertisers are starting to move on, and the company’s brand reputation is sinking fast—a recent Axios poll put it at 94 out of 100, ahead of only the likes of the US government, Trump.org, Phillip Morris, and Wells Fargo.

Yes, Instagram looks like the next best hope for the empire, and certainly a lot of users leaving Facebook are landing on Insta. But it’s still a distant second in terms of usage, and while Facebook is bullishly pushing advertisers toward Stories, they bring in far less revenue than News Feed ads. Also, as Instagram’s product roadmap starts to look more and more like Facebook’s, the app could get a lot less appealing.

And if you really look at what teens, in particular, are doing, it includes social media, but by almost every measure, they’re texting. The biggest threat to Facebook and Instagram is messaging, and that’s why, if you strip away all the window dressing about privacy, this is the paragraph that matters most:

“Today we already see that private messaging, ephemeral stories, and small groups are by far the fastest growing areas of online communication. There are a number of reasons for this. Many people prefer the intimacy of communicating one-on-one or with just a few friends. People are more cautious of having a permanent record of what they’ve shared. And we all expect to be able to do things like payments privately and securely.”

China’s WeChat is the model that Zuckerberg almost certainly has in mind. It has about a billion users; combines messaging and calling with apps, payments, communications, and commerce; and essentially functions as a proxy for the internet for its users—who spend well over an hour a day using the app (more time than they spend on Facebook, in fact). This is almost exactly what Zuckerberg describes wanting to build over the next few years.

You can see why. WeChat’s in-app ads and processing fees on payment transactions earn it billions of dollars for parent company Tencent. It even has a thriving creator community and a lucrative social feed called WeChat Moments. It’s ubiquitous across China and takes a cut of almost every business that operates in its ecosystem.

But despite having pieces of such a strategy in place, Facebook is still pretty far from rolling out a “super app” like WeChat. WhatsApp and Facebook Messenger, if combined, get it close with stickers and ephemeral messaging. It could migrate over Stories and figure out how to slowly integrate ads, but its payments and app features are still nascent (at best).

Apple is in the best position to turn on a WeChat-like product, because it’s already got an app ecosystem, developers who trust it, tons of stored credit cards, and a full-fledged payments system. In fact, last year I wrote that Apple should release iMessage across platforms and turn it into a social network that could really put a dent in Facebook. But the company has so far locked iMessage up on iDevices only.

That doesn’t mean Facebook has all the time in the world, though.

Cell phone manufacturers, carriers, and standards bodies are working to deploy RCS, or Rich Communication Services, as an eventual replacement for texting, and Google is all over rolling it out for Android phones. RCS messaging works more like the chat apps we’re talking about, where you can send videos, full-size photos, audio messages, do video calling, do easier group messaging, get read receipts—basically all the niceties of iMessage or WhatsApp, but in the default texting app.

All of this is a problem for Facebook. We’re turning off of social media—it turns out that there is an upper limit on how much “information wants to be shared.” We’re closing the door on the full firehose of social media in favor of controlled environments, more personal interactions, utility, and the thing that originally made Facebook fun: talking to our friends. So yes, Zuckerberg has pegged the trend line accurately, and all he really did Wednesday was say that Facebook’s products will try to evolve in that direction.

Now let’s get back to this privacy business. Zuckerberg’s essay extols the virtues of privacy, encryption, safety, and ephemerality. It does not, as WIRED’s Issie Lapowsky and Nick Thompson point out, promise that there won’t also be data collection and targeted advertising. There’s plenty of that on WeChat, and there could be plenty on the integrated messaging platform that Zuckerberg imagines.

The fact that your individual messages might be encrypted in transit does not, in any way, prevent Facebook The Entity from knowing who your friends are, where you go, what links you click, what apps you use, what you buy, what you pay for and where, what businesses you communicate with, what games you play, and whatever information you might have given to Facebook or Instagram in the past.

After all, even when you turn off tracking, Facebook still tracks you. And remember, this essay comes from a guy who, even after musing about all the trouble he’s been in lately during a visit to Harvard last month, still couldn’t stop himself from fantasizing aloud about how awesome it would be to jack directly into his users’ brains.

A private and full-featured messaging app won’t necessarily change a thing about how Facebook operates across the web, in terms of tracking and retargeting. It doesn’t mean that Facebook won’t hoover up the phone numbers of anyone you message using its future apps and use them to compile shadow profiles or recruit new users.

In fact, nowhere in the more than 3,000 words that Zuckerberg published on Wednesday does he say that users will ultimately control their own data or have the option to reduce the amount of data they share with Facebook, or delete their information, or operate anonymously, or pay a subscription fee to reduce or eliminate ad tracking—anything that would represent an actual commitment to privacy, other than secure messaging.

That sounds great, but I already have iMessage, so I think I’ll pass.