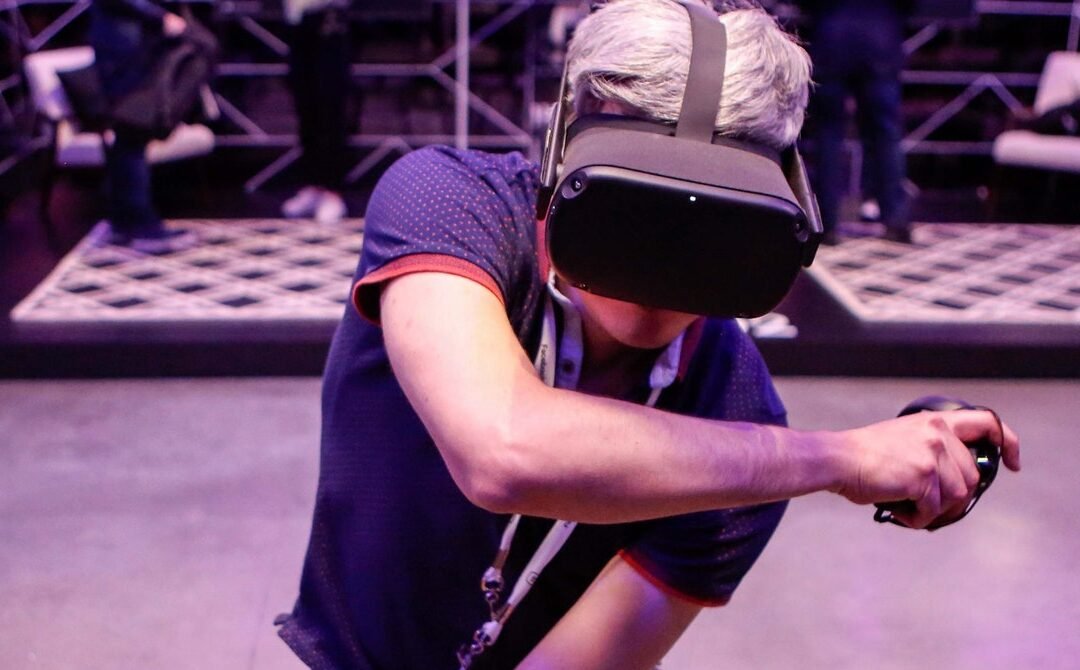 VR workouts aren’t for everyone, but for some people they might be the thing that gets them to start working out regularly. Before choosing the right workout app for you, it’s worth identifying your goals. Do you want to get some cardio in every day? Or are you just looking to get out of your work chair? Your goals will inform your decisions about which apps work best for you, so keep them in mind.

One of the most popular VR workout apps kind of happened by accident. Beat Saber follows in the tradition of other rhythm games like Guitar Hero and Dance Dance Revolution, using virtual lightsabers to slice through blocks in time with a song. Much like DDR, the physically-involved game turned out to be a pretty stellar cardio workout. Depending on how much you get into it–and how often and how long you play–you can get into the habit of being more physically active than you would otherwise.

It’s worth keeping in mind that Beat Saber isn’t specifically designed to be a workout, and much like DDR, you can get more or less into the movements to get better results. If you focus most of your movement in your wrists or arms, you won’t get as intense a workout as you would taking up more space with your movements. Since Beat Saber is primarily a game, it doesn’t do much to teach you the best form to get a workout. You might have to do some of that on your own.

If you’re into the workout of Beat Saber but want to be more proactive about getting the best version of that workout, Supernatural might be more your speed. The game is similar to Beat Saber, letting you swipe through orbs using virtual sticks in time to music. Unlike Beat Saber, this game is designed to incentivize a workout. It pushes you to do squats, lunges, and various other movements as part of each song. Virtual trainers also occasionally show up to instruct you on the best form for the workouts you’re doing. New workouts are released every day, and it even comes with guided meditation environments and an online leaderboard.

The one downside to Supernatural versus Beat Saber is that it requires a monthly subscription. It starts at $20/month, but you can pay for a year for $180 to shave a bit off the overall price. If you’re not sure you’ll stick with the program, you might want to try the free trial or stick with one-time purchase apps like Beat Saber. However, if you’re ready to turn your VR workout habit into a routine, Supernatural could be a good fit.

If you’d rather get your workouts in with a full-body dance session, Dance Central might be more your speed. This app works similarly to the previous games in the Dance Central series, which usually utilized Microsoft’s Kinect peripheral to track movements. In this version of the game, you use a VR headset and controllers instead.

Like previous games, the goal is to mimic on-screen dances as closely as possible. Since your score is tied to how well you mirror the dance moves, the game does a better job of training your body to do the right movements, rather than falling back on simple wrist movements. Like Beat Saber, Dance Central is a one-time purchase, so you don’t need to pay for a subscription. This makes it an attractive alternative over more fitness-focused apps like Supernatural.