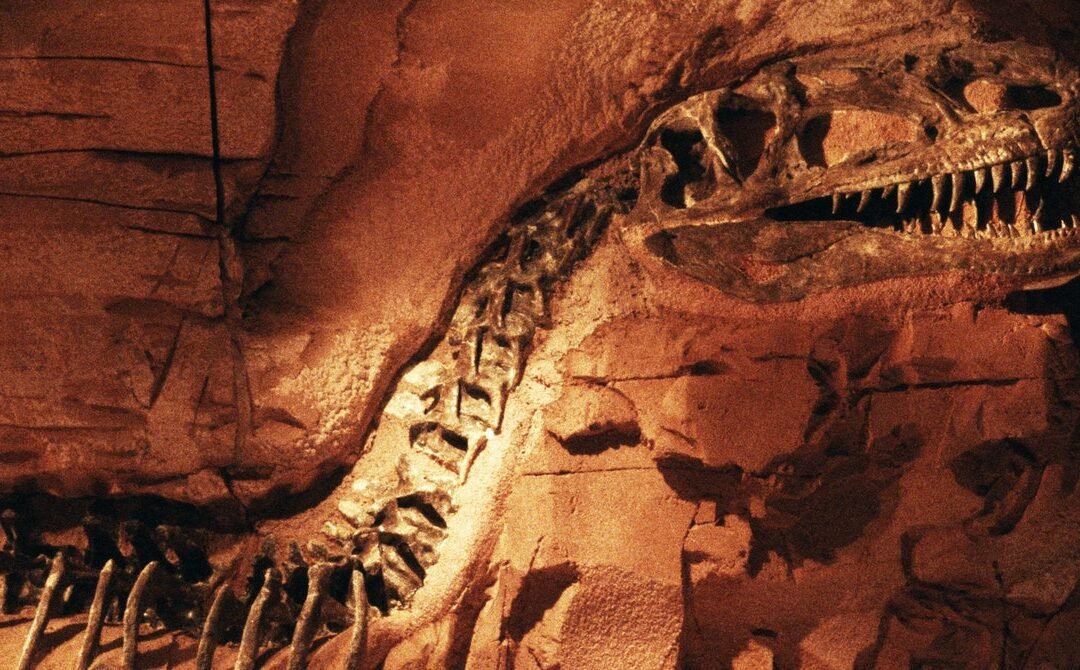 The most marine-centered event at GSA was also one of the loudest voices in the chorus for pro-ammonite games. The final night of the conference, I stumbled up to a Hyatt Regency ballroom for the long-awaited social event “Friends of the Cephalopods.” Under a vaulted ceiling, academics, museum workers, and the octopus-curious passed around a flagon of Kraken Rum. They drank to cephalopods and laughed whenever a vertebrate came up in conversation. Among them, in Sable-like cloaks, was Olivia Jenkins, art and programming lead on Ancient Oceans, an ammonite roguelike game out of University of Utah’s Ammonite Motility Modeling Lab. Working alongside assistant professor Kathleen Ritterbush, the game was based on the lab’s research into how ammonites lived and competed for resources.

In different oceanic eras, players will take on different shell permutations as they try to survive, balancing factors like speed, endurance, and hunger. Jenkins hopes Ancient Oceans will be enjoyable to all—not only cephalopod friends. It sacrifices some accuracy for entertainment, but that doesn’t mean players won’t learn.

“I learned more about the Cold War from Metal Gear Solid 3 than I ever did in the public education system,” Jenkins says. “Just by having it be incidental to information that was directly relevant to me as a player, I was able to learn about it and had incentive to remember details.” Bonus information can be tucked into optional parts of the game, inspired by the Super Smash Bros Brawl trophy gallery. The Geoscience Communications paper authors also discussed similar options like glossaries or encyclopedias as helpful guides for the paleo-curious without forcing anyone to learn. “I’m trying to encourage people to look at the information that is being provided by the game without shoving it down their throats,” Jenkins says. “And that’s a tough balance. Hopefully, I hit it.”

An augmented-reality version of Ancient Oceans, using Unreal Engine 4 on museum iPads, is slated for release in spring of 2023, with more gameplay-centric versions coming soon after balancing and play-testing. The project is funded by the National Science Foundation, and Ritterbush has budgeted for Ancient Oceans to be updated every year as new discoveries are made in the lab and in the field. If a shell shape or species is discovered to have new benefits, that will be programmed into the backend of the game and be reflected in new strategies to win.

Paleontology studies the world’s oldest organisms, the bedrock of biology and ecology, but that doesn’t mean the technology to share this research is stuck in the past. Posters at GSA focused on virtual field trips, interactive fossil software, community-building podcasts, and Minecraft—both to teach and to simulate geologic phenomena. Video games are just another tool to toy with billions of years of history. That history can be played with in just as many permutations, whether that’s cooperative dig sims or gotta-catch-’em-all animal hunting games.

On a breezy rooftop bar, I met Vanderbilt University assistant professor Neil Kelley, who appreciated Pokémon’s animal diversity as much as his pro-Blathers peers across the rooftop. “In terms of the representation of really obscure groups that never get any kind of popular media representation, there’s a lot of them in Pokémon,” Kelley said. As we spoke, his kid huddled beneath him, catching Eevee in Pokémon Go. “Good exposure to biodiversity!” Kelley said as we took notice of the live monster-catching going on below us. Eevee, Kelley explained, was a great example of adaptive evolution, as Eevee can transform itself based on environmental factors. I asked what adaptive evolution was, and, before I could stop myself, I was once again, accidentally, learning about paleontology.