VR Trainings Are Not Going to Fix Corporate Racism 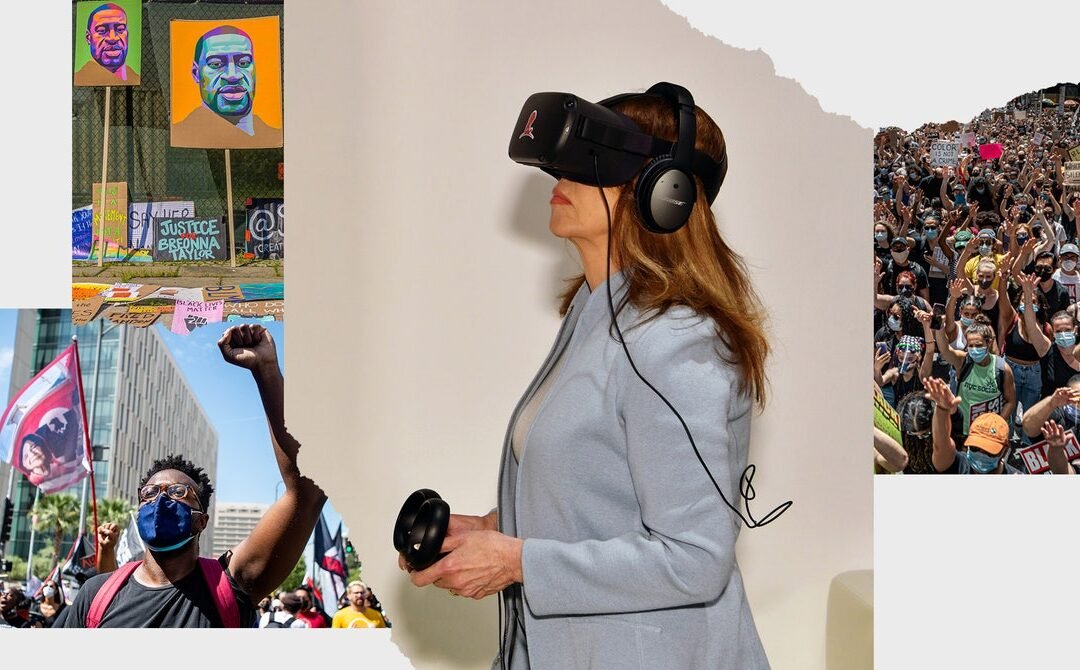 In 2017, while working at a well-known media company, I took a vacation to my home country, Nigeria. When I left, my hair was permed-sleek and straight. When I came back, I had long braids. “Oh my god, I love that!” one white woman said to me in the pantry, while going in on it without my consent. Another, wide-eyed, asked, “How long do those take? It’s so cool!” and proceeded to invade my space to inspect. Neither woman, it seemed, considered her actions culturally insensitive—which is part of the obstacles plaguing people of color in the workplace. We learn to smile and keep it moving in those uncomfortable moments.

Companies have long failed to address such encounters. Instead, they rely on one-size-fits-all diversity, equity, and inclusion (DEI) training—mind-numbing slide shows, dull videos, and obscure certificates to sign at the end. These programs are typically forgettable, lack assessable impact, and, studies show, ineffective. After the killing of George Floyd sparked nationwide outrage last summer, corporate America leaned harder into these superficial solutions. Companies were quick to promise an inclusive work environment, flooded their social media pages with Black and brown faces, extolled allyship, and put on socially distanced town halls on race.

Recently, however, some major corporations are trying something new: virtual reality. What if, VR creators say, instead of slides on the impact of unconscious bias, corporations could have employees experience discrimination themselves? By centering the perspectives of people of color in digital simulations, tech firms claim they can help companies be more equitable and less reactive, and better measure DEI commitments.

This approach is a step up from the caricatures in PowerPoint decks. But these problems go deeper than inadequate inclusivity training—and it will take more than advanced technology to fix them. No virtual world can teach white America to see what they don’t want to see in the real world; to see that Black people exist outside of racial stereotypes and acts of brutality against us.

Virtual reality as a tool to increase racial understanding is not new. Tech startups and established firms like Debias VR, Vantage Point, Oculus’s I Am A Man, and Google: Immerse VR’s Racial Identity have explored the potential of simulations to foster racial empathy. Yet humanity, measured by the increase in hate crimes, is no less racist.

In 2020 a report released by the International Data Corporation found that demand for virtual-reality experiences is on the rise, and sales of VR headsets are predicted to grow 48 percent annually over the next four years. Combined with corporate America’s heightened awareness of its DEI shortcomings, that makes this an ideal time for tech firms to try again—it’s good business.

Praxis Labs, for instance, is a new virtual-reality-based platform that allows users to take on identities of different racial and gender backgrounds to face bias. After beta-testing with Zoom, Amazon, Google, Uber, and Target, it officially launched in February. The founders—Elise Smith, a Black woman, and Heather Shen, a first-generation Chinese woman—say their Pivotal Experiences DEI training program is an immersive solution that will close existing learning gaps.

“The immersive nature of Praxis is about learning to empathize” in a practical manner, Shen tells me. “We’re not just giving that momentary, ‘OK, you went through an immersive experience.’” In their VR world, employees put on a headset, take on the form of someone else—a woman in a hijab or a Sikh man with a pagri headwrap, for example—or act as a bystander in a given scenario where part of the experience is observing the avatar’s reflection they’ve embodied in a virtual mirror. They interact and respond out loud to other avatars. In the end, there is a required assessment that asks the employee to reflect on what they just experienced, hoping that over time the reflections show a more empathetic user.

“The question mark for me is, ‘Is racial empathy possible?’”

Courtney Cogburn, a social scientist and professor of social work at Columbia University who Shen and Smith consulted on the experience, is more skeptical of the approach. “The question mark for me is, ‘Is racial empathy possible?’” she says. “I don’t think you need to understand what it feels like to be the person on the short end of that stick in order to see it and assess it and not be OK with it.”